And yet another game getting delayed to 2023. 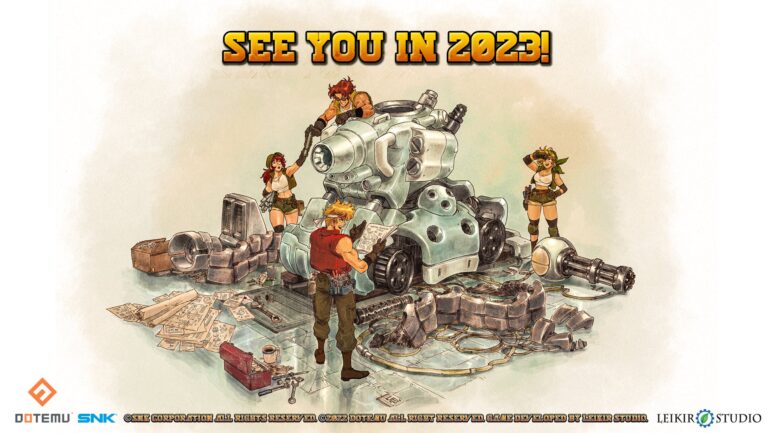 Leikir Studio and Dotemu confirmed that Metal Slug Tactics delayed to next year.

Metal Slug Tactics was announced last year, meant to be the revival of the classic IP. Since it was being published by Dotemu, many had high hopes for this upcoming strategy RPG based on SNK’s greatest 2D action series. Unfortunately, it seems Leikir Studio has now announced that they will need more time to deliver this game properly.

Aside from the announcement of the delay, Dotemu attached an image of the four protagonists, Marco, Eri, Fio and Tarma, working on the famous tank. It depicts that the developers are still hard at work in developing the game, hence the delay.

Metal Slug Tactics was first revealed at the Summer Game Fest Kick-Off in 2021. The team behind it is Leikir Studio, the makers of indie games like Rogue Lords and Wondershot. It will be published by Dotemu.

Metal Slug Tactics is another title among the many games that have been delayed to 2023. It will be on PC and Nintendo Switch.