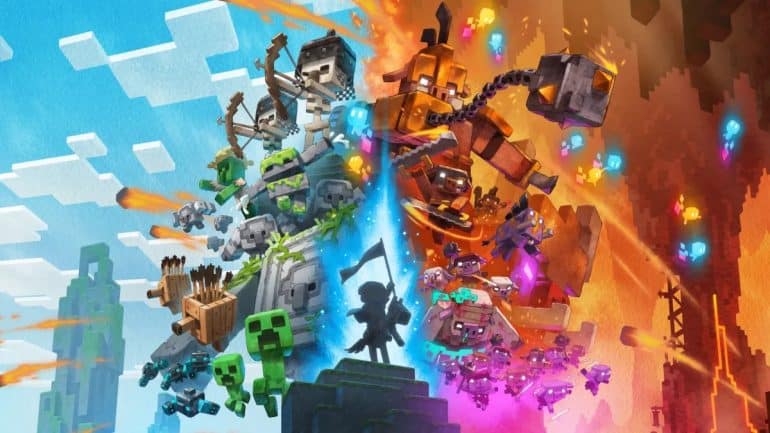 Mojang Studios and Blackbird Interactive have recently announced the Minecraft Legends release date during the Developer_Direct.

The game will officially launch on April 18, 2023. It will be available on Xbox One, Xbox Series X/S, PC, and Cloud. It will also be part of the Xbox Game Pass and PC Game Pass on day one. It is a full-fledged action strategy game.

The Developer_Direct revealed various members who are working on the game right now. Mojang Studios are the ones who are mainly on development while Blackbird Interactive are the ones who are helping them out with multiplayer, especially on PvP gameplay. Aside from the story-led campaign where players try to reclaim the Overworld from the Piglin invasion, players will be taking part in 4v4 battles against friends, and other players online.

There are two editions to choose from, which are Standard and Deluxe Editions. The latter includes the base game and the Deluxe Skin pack for a discounted price. Preorders are now open today.