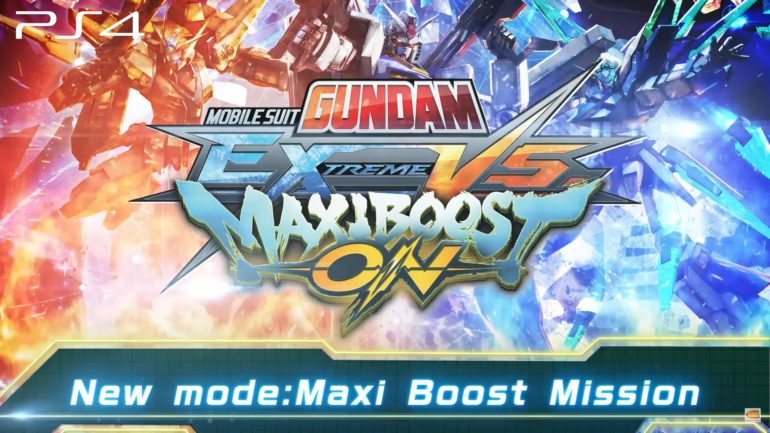 The latest title of the popular Gundam fighting game will now launch in the Americas for the PlayStation 4 this coming July 30. The new single player mode will feature unlockable missions that players can take on and powerful bosses to compete against. The game will mainly feature the online mode that allows users to compete with other pilots all over the world.

MOBILE SUIT GUNDAM EXTREME VS. MAXIBOOST ON takes players into the iconic GUNDAM universe with 2-on-2 and single player combat featuring over 185 playable units from 36 different GUNDAM iterations. The Mobile Suits in MOBILE SUIT GUNDAM EXTREME VS. MAXIBOOST ON span the entire breadth of the franchise’s history, each with its unique abilities designed to match any fan’s personal playstyle. Players can choose from three different EX Burst Systems—Fighting Burst, Extend Burst, and Shooting Burst—to coordinate with allies and lay waste to all that stand (or fly) in their way.