Monster Hunter Generations, also known as Monster Hunter X (Cross) in Japan, is the newest addition in the popular Monster Hunter franchise playable on the New 3DS consoles and is now on our feature review for this week. Developed by Capcom, Monster Hunter Generations is a mix of the old and the new featuring characters, locations, and monsters from the previous games spiced up with the new hunting style customization. We’re gonna head on down to the bulk of the review but to read more on what to expect, here’s a feature article we made which you can read here.

Content-wise, MHGen’s story was laid out more as a lateral progression through the different towns of the Monster Hunter universe rather than a long and deep story. It didn’t really have a direct story to follow unlike in MH4U and players still progress by a hunter rank system by completing quests of increasing difficulty. Doing quests requested by townspeople of a certain town earns the hunter rep points and tickets which can then be used to craft new equipment. The new flagship monsters, such as Gammoth and Mizutsune, can only be unlocked by doing specific quests posted by their towns’ elders. 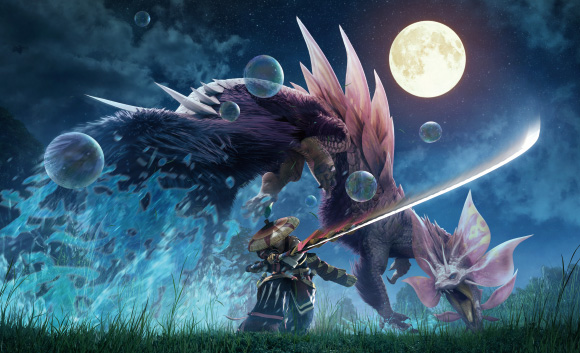 The hunter rank system only goes as far as High Rank as opposed to MH4U having a G-Rank. Although this would possibly shorten the projected playability, the difficulty scaling would pretty much still remain the same since hunters now only have High Rank equipment to work on unlike before where G-Rank equipment can be used to breeze through High Rank quests. Deviant monsters can be considered as a replacement for G-Rank quests because of their increasing difficulty. Low ranked hunters can access these quests early on if they have the special permits but these deviant monsters can easily do one-hit kills and facing them with low rank equipment is considered as suicide. They can still gain the rewards of these quests to acquire stronger gear by going on hunts with well-equipped hunters via multiplayer.

The addition of the hunting styles and the hunting arts is the biggest point of MHGen mainly because it has given hunters a whole new variation when it comes to the hunting proper. Players can freely change through the four available hunting styles on the same hunter and they can also choose which hunting art to equip. Each hunting style gives variations on the movesets for each of the fourteen weapon types currently available in the game. It’s up to the players themselves to pick which configuration suits their play style. 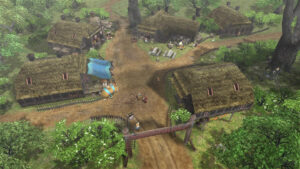 MHGen banks on the nostalgia driven by featuring the old towns from the previous portable games. Although the earlier games were self-contained, the devs still managed to keep them relevant. It gives a nice feeling especially seeing the familiar faces who helped you back then when you were just starting your monster hunting career. MHGen may also be considered as a good starting point for beginners as it gives them a glimpse of how it was like in the early games.

Monster Hunter Generations does have a set-back which is the lower amount of content it has compared to what was expected but it still had a lot of good points. The removal of the G-Rank level was greatly compensated by the introduction of the hunting styles and the deviant monsters; plus the incoming monthly DLCs would still provide hours upon hours of gameplay. The greatest aspect that contributes to its score would be the added freedom given by the new hunting styles. To be able to customize your character with its hunting style and beyond its looks and its gear is quite a notable improvement done on the game.

So far, there are no news yet whether or not it will be ported over to the WiiU or to other consoles but the game is already doing well where it’s at right now. Again, MHGen is a good introductory game since Monster Hunter isn’t really a lore-heavy game. If you are into action and you love hunting, Monster Hunter Generations is absolutely worth to pick-up.

This review is based on a copy purchased by the reviewer.