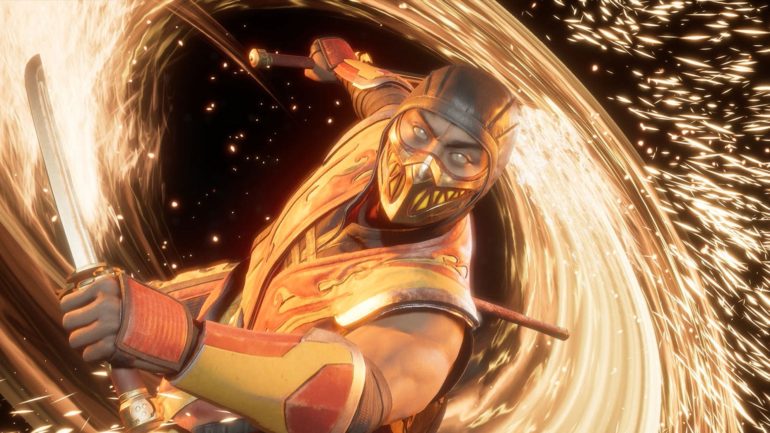 Mortal Kombat 11 is a 3D fighting game that contains both single player and multiplayer modes. The 3rd and final game of the reboot series, Mortal Kombat 11, concludes the story that started in Mortal Kombat 9. Players fight each other in bloody and often brutal matches. A very strategic fighting game, it requires both players to give importance to both positioning and counter play over mechanic skill.

The story picks up immediately after the events of Mortal Kombat X. Raiden delivers a warning to the rulers of the Netherrealm, telling them to stay away from Earthrealm. The people of Earthrealm enjoy a brief period of peace; bought with the blood of its heroes. It is all thanks to the efforts of the Thunder God. But in truth, Raiden is no longer the kind and gentle defender of Earthrealm. He weeds out threats before they materialize, regardless of the cost of human life. Ultimately, his actions draw the attention of the Keeper of Time, Kronika, who deems this timeline to be beyond repair. And thus, starts the new war between the realms.

The main campaign of the game contains more than 3 hours worth of cutscenes and roughly around 10 to 12 hours of gameplay. The best thing about the story mode is that the player gets to fight different main characters in the story. Though that means that players only get to experience the good characters for the most part. Some fights even require the player to choose between 2 fighters. The choice does not seem to alter the overall story in any way, but it’s a good excuse to try out more characters.

The production level of the story mode is on a completely different level. It feels like a big budget summer blockbuster with lots of fights scene and a story that sees the protagonists gather allies to have this one giant showdown with the forces of evil at their lair. In fact, if all the scenes are laid out in cinematic fashion, it could pass for an actual big budget movie.

The pacing of the game is more action focused compared to Mortal Kombat 9 or X. Past games makes the opposing player guess whether or not the players is attacking from above or below, and punishing those mistakes. In MK11, however, it’s all about positioning. The first player to set themselves up for a combo, and reads the opponent’s movement more precisely, is going to have an advantage.

Mortal Kombat, by design, is a slow fighting game. It’s not about speed and technical input. Characters in the game deliver devastating blows with a bit of wind up while simultaneously having a long follow through, just so the opposing player can punish any mistakes. In MK11, it’s all about timing and counterplay. And though, the game is more beginner friendly than ever, it retains all the depth that veteran players are accustomed to.

Playing mind games on your opponents is not a strange sight in most matches. In fact, one can expect a brief period of time at the start of a match where both players feel each other out, gauging their capabilities. Even the UI itself is part of those minds games –  taking the form of multiplier meters that fill up over time. Both players see them and they react to it accordingly. The less meter one opponent has, the more open they are to a long combo. Placing one’s self in right position in the stage, allows the player to reposition themselves across the room. Each fighter must be wary of stage hazards that deal a sizable amount of damage, on top of knocking down the opponent.

Highly precise moves called the Crushing Blows deal extra damage and initiate these X-ray shots. Incidentally, the X-ray shots do not deal killing blows but rather showcase the kind of damage being dealt. When health drops to around below a certain threshold, players can unleash a comeback mechanic in the form of Fatal Blows (L2 + R2) that deals a significant amount of damage. And they are a spectacle in and of themselves, players can use these moves only once per match. In a way, that’s the mind games at work. Anticipating the attack and creating counters for that offensive.

Combo breaks are gone in MK11. Instead, a new system, called Breakaway, is there to escape an opponent’s juggle kombo. By holding down the down and block buttons, you can spend your whole defense meter to accelerate your fall. Characters will fall faster and briefly gain Armor during a Breakaway. Making it much harder for your opponent to continue a juggle combo.

Now speaking personally here for a moment. One of the things I’ve picked on that’s strange to other people is the fact that there is a dedicated block button for Mortal Kombat. For me, I’ve always taken it for granted. Functionally, the block button removes the 50/50 chance that attacks sometimes pass through. For example, holding the back button is considered blocking in other games. Should the opponent somehow get behind that block, suddenly you are vulnerable to attack. MK does away with this and by holding the block button, you essentially have both sides covered. I hope that explains that certain mechanic. Let’s get back to the review.

The in-depth tutorial mode is amazing. Not only does it cover the general basics of combat, but it also extends to advanced topics and character-specific move sets. The tutorial is so deep that they teach players to frame data, telling them how many frames it takes to land an attack and how many frames does it take to recover from one. The combo tutorials give players these hourglass icons that count down the window of opportunity for the next attack in the combo.

The controls are very responsive. You can actually see the attack on screen; the wind-up and the follow through. You seldom have moments that you feel cheated like you felt as though you pressed the button but the attack never happened. Players can clearly see when and where in their attacks does the mistake occur. Making it very easy for them to fix any bad habits that they have.

The sound effects for the game are on point. Every hit has this weight on it. And to hear the crunch that follows as the attack connects is so satisfying. The weapon sounds are also amazing. From Shao Khan’s hammer to Jax’s shotgun. It feels so impactful, visually, that you can excuse it from the fact that it doesn’t really do the kind of damage that it’s supposed to. Each character seems to have its own sound design. Nothing feels copied over to other fighters. At least, not obviously. Scorpion’s chains are a great example of this as the clanking adds the awesome factor of the weapon. Also, the voice acting in both story mode and intro fight sequences deserves praise. Though there are some ok lines, the vast majority manages to be threatening and witty at the same time.

The character models are extremely high quality. Though not as expressive as the ones in Mortal Kombat X, the designs in MK11 are both extremely grounded and visually appealing. Take Kitana, for example. She looks like a completely different fighter in each installment, but I am of the opinion that she looks amazing for this game. The animations are clean and well put together. This level of quality extends all the way to the various backgrounds of each fighting stage. They are more alive than ever, like the ship swaying in the Sea of Blood and the quiet serenity of the beautiful Fire Garden.

The towers is a series of randomly generated challenges that involve the timeless combat modifiers of past MK titles. The modifiers add a level of strategy and depth to the whole grind, but really, it functions more as a “what can I get with?” mechanic with players trying to find ways to beat the match in unintended ways. These modifiers can be countered by using consumable items of your own. The catch here is that you will still need to grind for these consumables in order to make use of them in more difficult Towers. You can always pay a little extra to bypass some of the grind… like a typical modern game. The good news is that all of this effort is for cosmetic items. Only.

Playing the game’s story mode and participating in fights, earns the player koins. Koins are the main currency of the game that can be used to unlock chests in the Crypt. MK11’s version of the Crypt is the remains of Shang Tsung’s island. There, the player navigates the island, looking for ways to unlock more of the island’s secrets. One of the problems with the Crypt is that many of the chests are locked behind barriers that can only be unlocked with a special currency primary found in time-sensitive Tower challenges.

After acquiring the necessary pieces to advance further into the island, the player discovers the second problem plaguing the Crypt – almost all of the chests are randomized loot. In other words, the contents of the chests may range from cosmetic items to random artworks. The player has no control over the outcome. Supposedly, the idea here is to provide players an excuse to keep farming resources until they acquire all the stuff they want. But with 20+ characters in the rosters and with hundreds of color variants, it’s looking like a very long grind. It sucks, no matter how you look at it.

This game goes above and beyond its 60 dollars asking price. Though it is understandable that issues such as the monetization of consumables and the random nature of the Crypt get under the skin of the player base. Let’s keep in mind that these are just for cosmetic items, for the most part, and does little to affect gameplay. But here’s the thing, if a player wants a specific headband for Lu Kang, he’ll just have to keep trying his luck in the Towers. That’s just the nature of the game trying to tell you to try other fighters and hopefully extend your time playing MK11.

No matter where you want to hang your hat, be it single player mode, casual multiplayer, or the ultra-competitive mode, you will have a great return for your investment. It’s really fun, no matter what you do, except if you are a Completionist who likes to 100% the whole game… it is going to be a daunting task, no doubt about it.

Disclosure: This review is based on a review code provided by Warner Bros. Interactive Entertainment. Read our review policy to know how we go with our game reviews.
Tested on: PS4 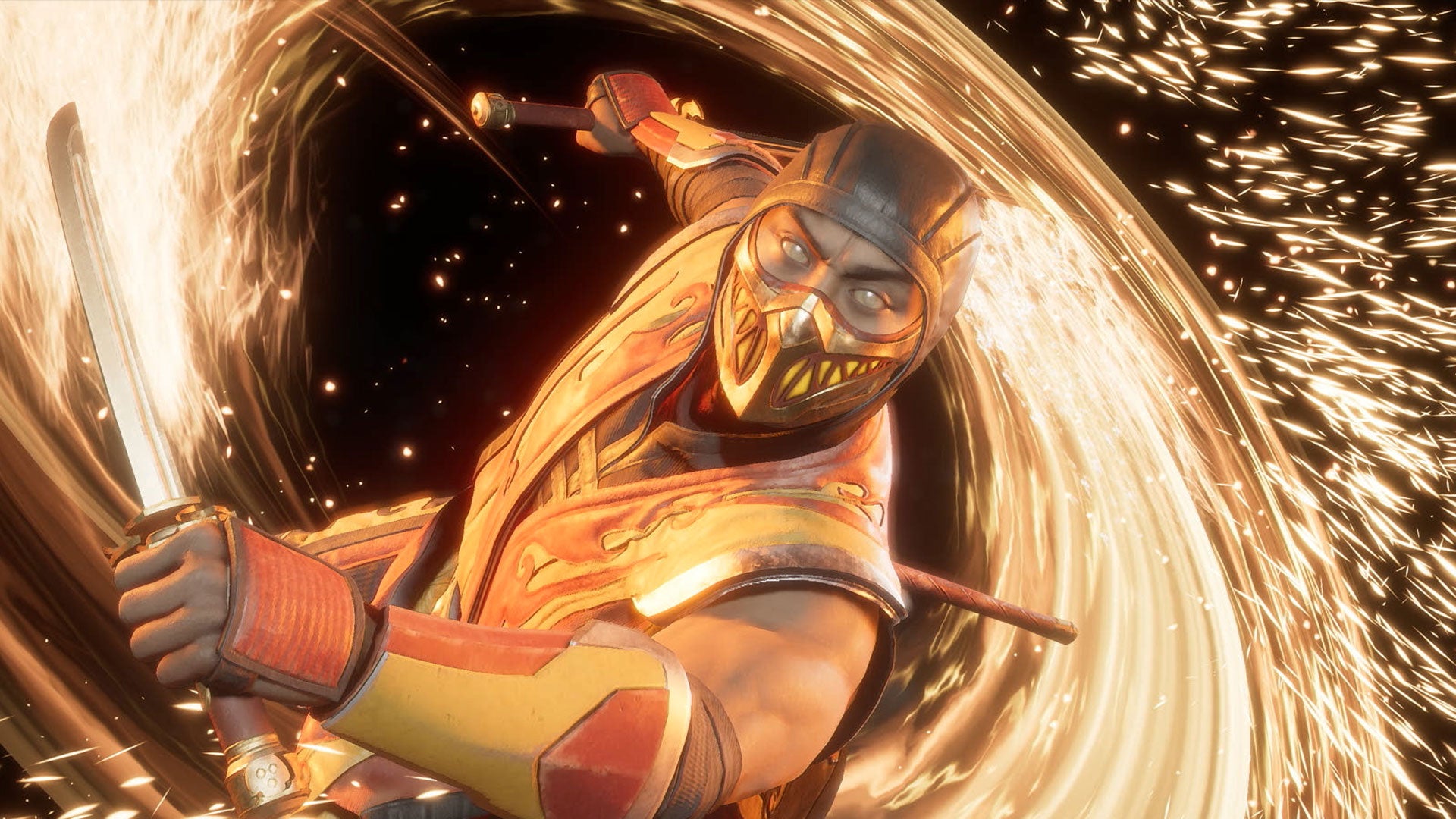 Mortal Kombat 11 – Review
Score Definition
When the issues of a game are rolled and stomped by its greatness, then it’s something to invest on if you have some spare.
Pros
Arguably one of the best fighting games to tell a story
Visuals and sounds are top notch
Comprehensive tutorials covering every aspect of fighting
Tight controls
Approachable for both beginners and veterans alike
Cons
Randomized loot
Tower runs devolving into cheap shots in order to win
Very grindy
8.7
Great