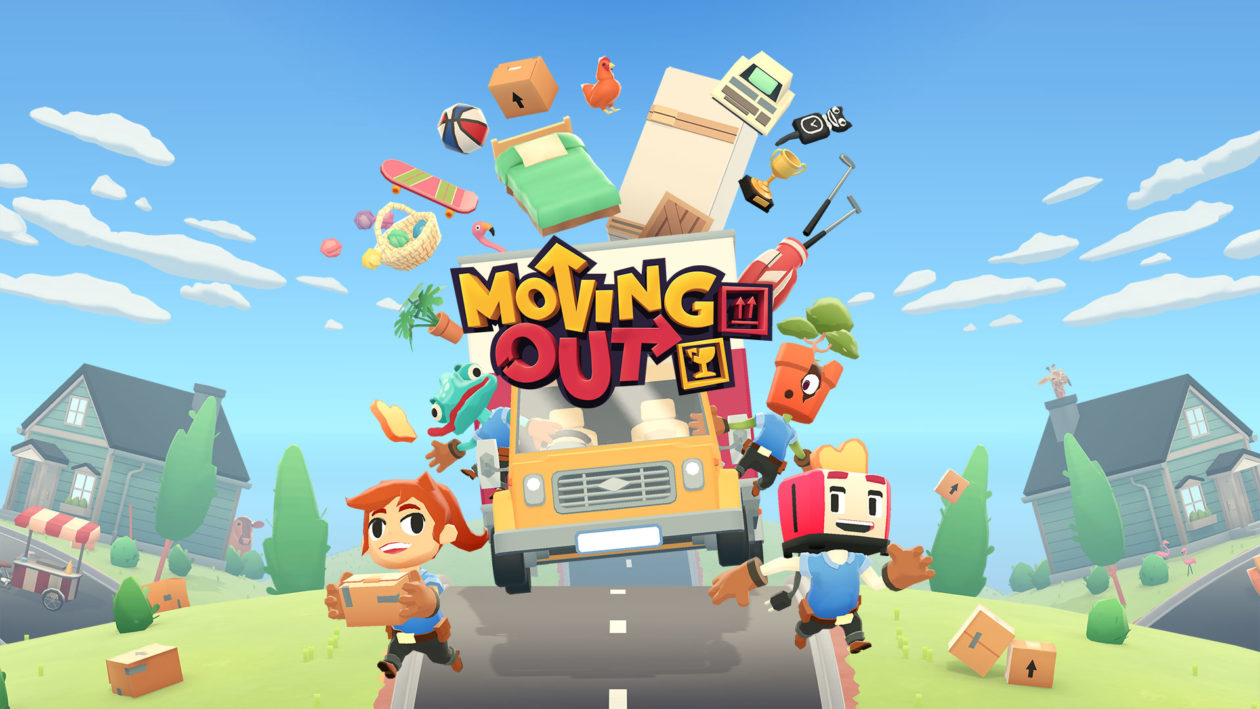 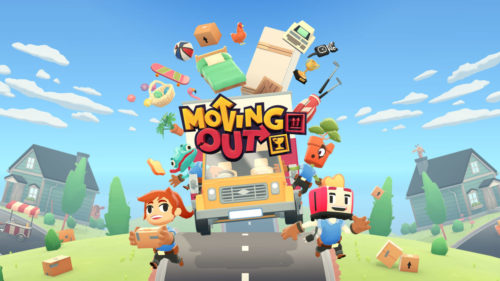 The great drought of outstanding couch-co op video games on the PS4 has finally come to an end. Moving into the spotlight is Moving Out, another gem from publisher Team 17 that’ll take you and your partner on a roller coaster ride of emotions. So get ready to hurl all kinds of furniture and all kinds of “words” at each other too, because It’s going to be one helluva ride.

Like any good couch co-op game, Moving out gives you a wide selection of cute characters to play as. The selection includes, but is not limited to a Frogman, a Koala, a Unicorn, or even a walking Toaster. You can then proceed to posh them up with a variety of accessories like hats, eye patches, wheelchairs and a wide assortment of colors to further personalize your very own FART. That might have sounded wrong, but in Moving Out you play as a Furniture Arrangement and Relocation Technician or FART for short.

Now as a FART your job is to move your customer’s belongings to the Smooth Move Corporation’s state of the art moving Van. To do this, each piece must be individually carried from the inside of the house to the back of the moving Van. Pieces can range from regular sized chairs, VHS players and beach balls to huge items like Refrigerators, Large Couches, and Mattresses, which will present a greater challenge than their regular-sized counterparts, as they will require at least two people to be moved properly.

This will require proper coordination between you and your partner as failing to do so might see you getting stuck in doorways and tricky pathways, which in my experience can lead to throwing not so kind words and threatening glances at each other. If simply carrying is not your thing, Moving Out allows you to throw these said objects with the push of a button. The throwing mechanic can make your life easier or harder depending on your throwing skills, so I suggest doing some throwing exercises during the tutorial level.

Your job is not limited to just lugging around furniture though, chickens, cows, ghosts, and other oddities are thrown into the mix, leading to wild and hilarious encounters. Trust me, chasing a chicken through mud and getting slapped in the face with a rake is loads of fun.

Every level of Moving Out’s main campaign levels are very well designed. In your tenure as a FART, you’ll be traveling to all kinds of destinations. From the suburbs to Farms and even haunted houses. Yes, the objective is the same in every level, but they throw a lot of curveballs at the player, forcing you to think and adapt to every situation. It could be an L shaped couch that requires precise maneuvering through a narrow hallway, a ghost, and a walking piano that’ll erase you if you move too close or a puddle of oil that makes it hard for the player to move. This level variety always kept me interested and excited to see what we would have to face next.

Your performance after every level is judged by how quickly your team was to finish it. There are three tiers, Bronze, Silver, and Gold. There are also three hidden objectives at every level which will only show once you’ve earned a medal at that said level. These hidden objectives can range from slapping a ghost in the face to carrying a bunch of flamingos to the moving van and even defacing a bunch of paintings at a mansion.

Some of these hidden objectives take a little bit of figuring out, as they only give you a phrase and it’s up to you to decipher it yourselves. One level had the “pet’s should stay outside” objective, which meant that we had to block the doorway so the annoying Chicken couldn’t get in the house. This adds to a level’s replayability and I was more than happy to replay the levels again, because completing these hidden objectives reward you with tokens that you can then use to unlock hidden levels in the game’s Arcade. Getting enough Gold medals also unlocks another set of hidden levels in the game’s VHS store. With callbacks to classic games like Crash Bandicoot, Tron, and a bunch of fun and highly entertaining mini-games, Moving Out makes the medal and token grind feel worth it.

One of these hidden levels left me and my girlfriend in literal tears once we completed it. While most of them are just entertaining set pieces, some will require dark souls like precision between the players and this is where I think Moving Out separates itself from the other games in the couch co-op landscape. It can be played casually, just get a bunch of your friends and you can breeze through the campaign with little to no problem, but if you decide to brave the hidden levels, your perseverance and skill will be rewarded with that Dark Souls-like euphoria that is very rare in video games. The special part is that you get to experience that feeling of euphoria together.

Moving Out – Review
Score Definition
Almost perfect if not for the nitty-gritty. If it’s quite there but not enough to push the boundaries, it’s still an awesome game.
Pros
Level Variety
Easy to learn mechanics
Replayability
Cons
Lack of Game Modes
9
Excellent