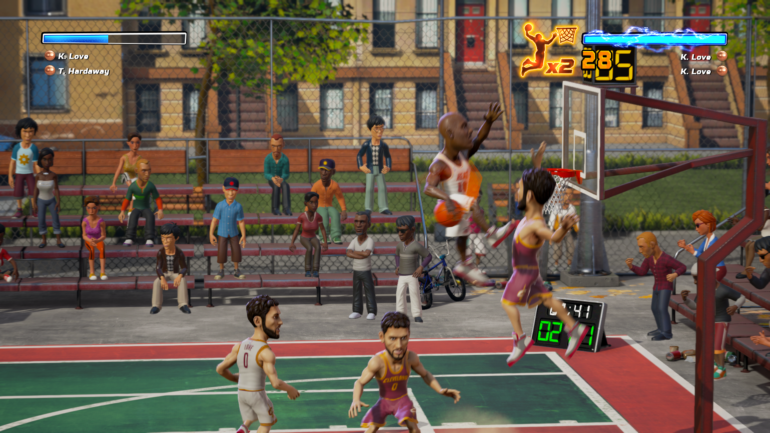 Independent developer Saber Interactive is proud to announce its arcade-style basketball game, NBA Playgrounds, has sold over 500,000 units across the PlayStation®4 computer entertainment system, Xbox One, Nintendo Switch™ and Windows PC (Steam) since launching in May. This is the first game Saber has self-financed and self-published for modern platforms.

Saber has released multiple free updates for NBA Playgrounds already, with more expected by the end of summer. Another 33 new players will be added, including current stars such as J.R. Smith and Chris Paul, dominators from recent eras like Baron Davis and Tim Duncan, old-school legends Jerry West and Elgin Baylor, and even some modern-day sports gaming YouTubers like Agent 00 and Shake4ndBake. Packs will be better balanced to reduce the number of duplicates players open. Saber will also introduce a three-point contest mode with online play, a new rebounding system and fully functional friend invites to matches. These updates will arrive on PlayStation®4, Xbox One and PC first, followed by Nintendo Switch at a later date.

“NBA Playgrounds has been a labor of love for us at Saber, so it’s hugely gratifying to see the game strike a chord. Its success has paved the way for us to consider creating other arcade-style sports titles,” said Saber’s CEO, Matt Karch. “We’ve worked tirelessly since release to refine the game and deliver the free content we promised, and we’re going to keep supporting it. I want to thank the community for their ongoing feedback, specifically players on Switch, who had to wait so long for the full experience they deserve.”

Sirus Gaming has also reviewed NBA Playgrounds on the PS4. With David stating “While it’s fun at first for a few rounds, as time goes on the cracks start to show and you realize that this game is more of an attempted layup than an actual slam dunk.” with a 5.9 out of 10 score.