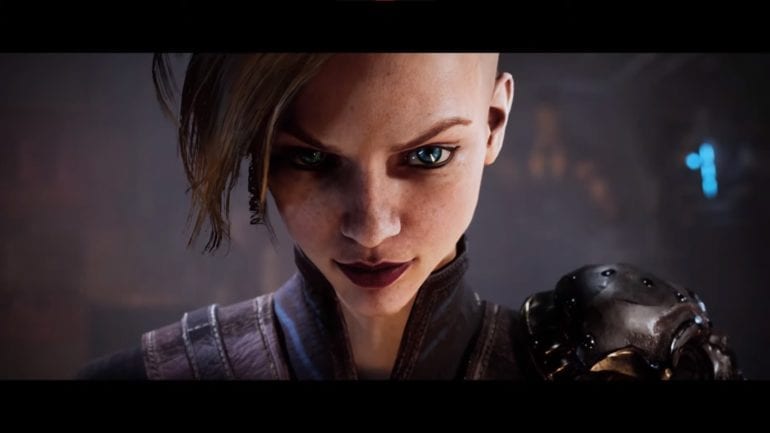 Set in the darkest reaches of Warhammer 40,000’s most infamous hive city, watch the game’s Opening Cinematic to get an extended introduction to the treacherous depths of the Underhive, Necromunda’s lawless haven for scum, gangs, outlaws, and Bounty Hunters like you looking to become a legend while making a quick buck in the process.

Hunt your targets, upgrade your arsenal

Your first stop is Martyr’s End – the sole relatively safe place in the Underhive. Here you’ll find all the commodities you need: guns, ammo, cybernetics augments for your loyal Cyber-Mastiff and yourself, as well as high-profile contacts and fresh targets to hunt. Lock and load your Bolter, the hunt begins soon!

Necromunda: Hired Gun is available for pre-order now on PlayStation 5, Xbox Series X/S, PlayStation 4, Xbox One, and PC. All pre-orders receive the Hunter’s Bounty pack, unique cosmetics for your knife, stub gun, and outfit. Each has a Guilder theme, with a blue paint job and hard metallic coating. A new dog chew toy is included too, giving your best boy the extra incentive to chase down his targets.