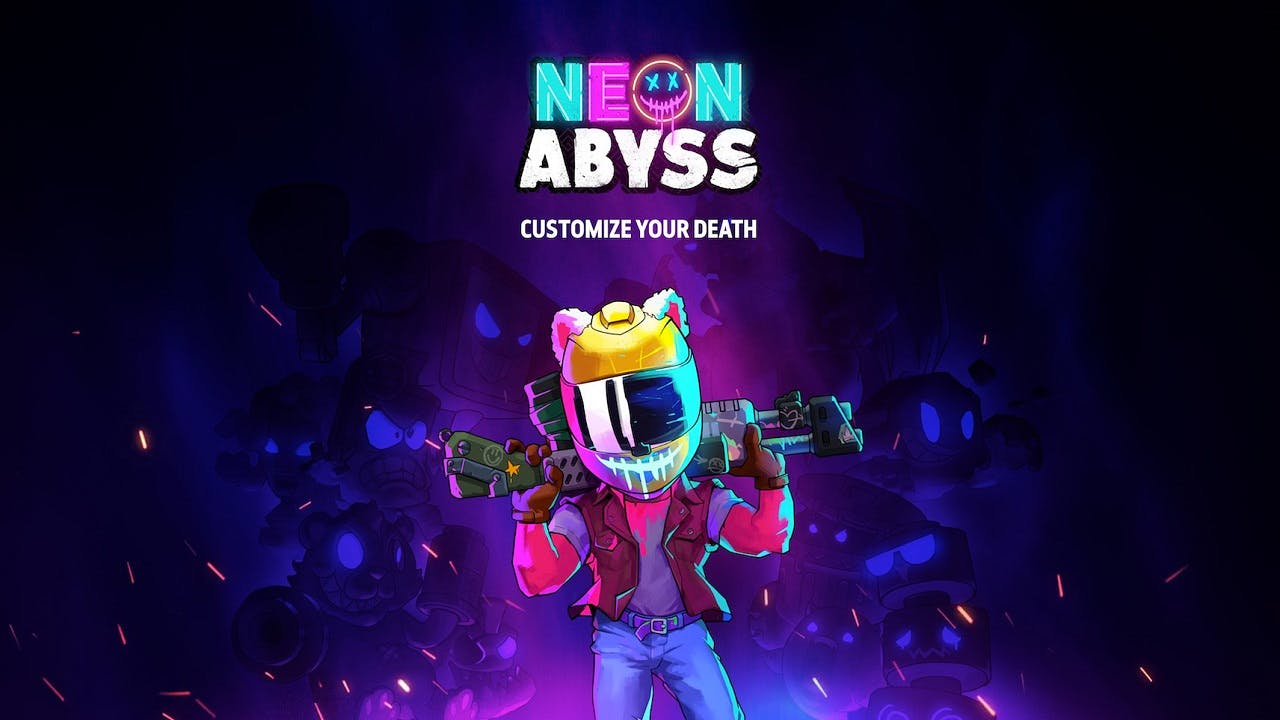 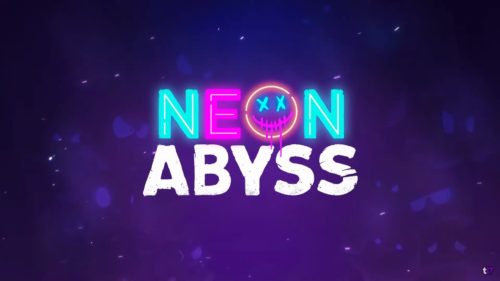 “DEATH IS THE ONLY WAY OUT.”

This phrase has been cemented on my mind each time I start a run. I thought it is just a straightforward in-game motto but you have to take that and more! Literally, you cannot escape from the maze unless you die. Beware though, once you die – you go back from the start with zero weapon upgrades and the level one mini-boss. If you have patience as long as the Great Wall of China and loves challenges then, read on!

Neon Abyss is a roguelike sidescroller action game 2D platformer that features massive item upgrades and unique dungeon evolution every time you start your raid. I like how unexaggerated the title is towards this game because the majority of the artwork is neon in colors. From Bright blasters, vivid colored eggs, to glowing bosses. It is quite refreshing to see this color combination in contrast with the grayed walls and stones, and brown barrels and boxes that are littered all over the maze. When you look up the word abyss, it means a deep bottomless chasm that, true enough, I always feel whenever I do my runs. Probably because I don’t ever want to see the surface? Because if I do, that only means I died and will have to start from the effing very beginning.

Although, I don’t mind staying there forever because there are tons and tons of items and upgrades to discover. I thought I have seen everything after so many runs but this game just keeps on surprising me. Weapon upgrades and effects vary, it may have a direct effect on the weapon itself like an increased rate of fire, firing a ricochet bullet, or chances of firing fire bullets that will really help a lot in defeating them, evil Gods. Some upgrades affect the character or the environment like revealing the whole map and exposing the secret rooms, chances of getting double eggs, or bestowing you with an additional heart. All of these are so damn helpful in completing the maze and finally defeating the dungeon boss and moving on to the next dungeon.

This game is not a good storyteller as I want them to be. Basically, the game scene starts inside this brightly colored club with you sitting beside Hades who offers you to defeat a myriad of Gods mirrored in real life that is causing mayhem in the afterlife. The game just lets you discover everything by yourself and waves you goodbye and good luck! Right out the bat, you cannot choose what difficulty level you prefer but you just kind of discover that you can do that anyway once you return to surface. There are only three levels available: easy, medium, and hard. It doesn’t tell you either that Hades actually hired a team to infiltrate the abyss meaning there will be a few characters that you can get to play with different abilities to choose from and others you will be able to unlock later on.

I particularly like using Amir on the first few runs, aside from having six hearts, he can preview the description of the items before picking them up. I find this very helpful because I don’t want to cancel out the features of the weapon that I have if it’ll just be replaced with a very bad one. How upgrade works is the effects stack into each other but if it’s going to be a new weapon, then it will totally change the bullets and how it shoots. I feel like players should have the ability to equip these weapons with the ability to choose them whenever you see it fit.

I really am fascinated with the egg hatching and evolving feature. You can acquire them through chests or by clearing the arena room. They will hatch and evolve the more you defeat enemies or clear more arena rooms. Take note that not all eggs will hatch successfully but when they do, you will get this cute pet with unique abilities following you around. This is all cute especially when they keep on evolving and changing their physique but once you get a lot – it gets pretty annoying. Some of these pets will attack enemies that make them mobile and some of them duplicate once they get hurt. Instantly this will get in the way of you seeing the real enemies. At this point, I just shoot like a madman until that room is clear.

You will die a lot on this game – A LOT! It will even give you a trophy if you died 99 times in the abyss! Dying isn’t the frustrating part, it’s when you actually wake up with absolutely nothing. Especially if you have evolved a lot of eggs and already collected an amazing firearm with lots of wonderful upgrades up your sleeve. Sure you can purchase upgrades in the shop but they don’t come cheap and who knows, you might rather get that key or heart to survive the next raid. This is also very crucial in surviving since you carry over whatever you have on hand to the next maze.

The same number of hearts or shields left after defeating that boss. So if you are left with two hearts on the third maze, you better pray that luck is on your side. Aside from clearing out these rooms, there are a few mini-game rooms that are spread out in the dungeon. Once unlocked, you can enter a piano room, take in dance competitions, enter fight clubs, fishing and so much more. Some of these rooms do require coins to enter but if successful, this room will reward you with very amazing gifts!

A disappointing feature that I discovered is that most often the not, mazes will eventually have the same room pattern. I just thought they would want to put more variety in there since the core of the gameplay is a dungeon raid. I would also like to point out that at the end of the day, with all the upgrades and pets you have, it is just another 2D shooter sidescroller that gets stale in the long run. I despised the control system especially using L2 as a Jumping action. It was really awkward and the game won’t actually let you change it or there are only limited chosen buttons you can choose from which won’t still work. The only thing that keeps my blood pumping while going through the maze and especially raining bullets down on enemies is the incredible soundtrack that is composed by the award-winning composer Min He, also known for her works on How to Get Away with Murder, Station 19, Rift, and Princess Eun Hwa.

Overall, Neon Abyss is, at most, enjoyable with the many features it offers. I like experimenting with characters and unlocking advanced items and being able to use them for free on a trial basis is an amusing perk. If patience isn’t your forte, then this might not be the game for you. It might be more enjoyable when there is an option to add another player whether online or offline. Maybe we will see it on the next DLC, maybe not?

Neon Abyss – Review
Score Definition
You better have to choose if it’s worth spending your spare cash, because it might not be the game for you and it might be for others.
Pros
Mini Games: Fishing, Dancing Competition, Piano Room and Fight Club
Item Synergies
Egg Hatching and Evolving
Dark-Style Electronic Soundtrack
Cons
LImitation in Changing Control Buttons
Repititive Maze Room Design
Inability to Equip Weapons and Switch Anytime
Most Characters are Unable to See the Description of Items
Too Many Deaths
7.5
Justified