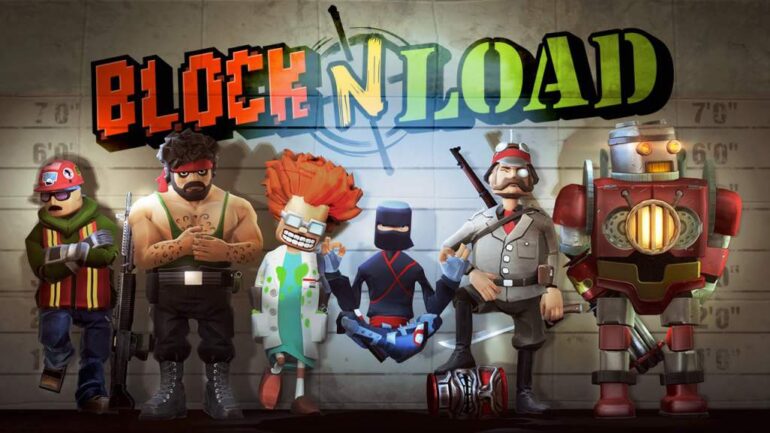 Block N Load made its gaming debut on the 30th April and, at launch, promised a swift follow-up of content for those enjoying its knockabout combination of bullets and building. Now, a fortnight later, the first elements are ready for release.

Light years away from home our new hero, Astarella, touches down on planet Block. Equipped with the latest sci-fi weaponry, and able to buff her and her team’s movement speed and jump distance, our intergalactic heroine is a force to be reckoned with. Pull on your rocket boots and try out the full range of her equipment and abilities.

Meanwhile, Ranked Mode is also now open to everyone who has reached player level 20 or above! The pre-season is live now, so queue up and complete your 10 placement matches to receive your initial division allocation. Once you’re placed, take on the world and prove you’ve got what it takes to attain the prestigious platinum tier.

Last, but by no means least, the demo of Block N Load is now live on Steam. There are no time restrictions, allowing new players to freely access friendly and custom matches. Battling as either Tony, Cogwheel, or Nigel gamers can experience all the intense excitement of matches where everything you construct, destroy or shoot has a devastating impact on the entire game.

David Solari, Vice President of the game, said, “It’s fantastic to get Block N Load out into the world, and to get new content into the hands of fans so swiftly after launch. We intend to keep up the momentum and release lots more cool features and content within a targeted fortnightly schedule.”

So, what the block are you waiting for? All three of these new elements are available for you to get to grips with in-game, right now.