Say hello to the new machines on the block 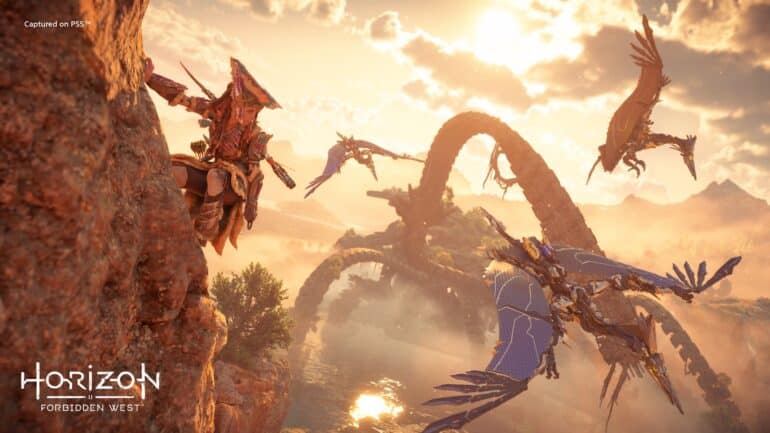 As stated by Ben McCaw, Narrative Director, “On February 18th, Aloy will venture into the dangerous frontier of the Forbidden West, confronting a huge variety of deadly new machines. You saw many of these steel beasts revealed last week at The Game Awards, but today Guerrilla offers a closer look at the armored Rollerback, the graceful Sunwing, and the acid-spitting Slighterfans, plus several more.”

He then continues by saying that some of these guardians of the natural order (as they were originally intended), while others are built only to kill. Of those that do kill, hints that the machines have fallen into the wrong hands.

This is only the beginning though. The wilds conceal new threats around every turn.

Horizon Forbidden West is set to release on February 18th, 2022 for PlayStation 4 and PlayStation 5. For more information on the game, visit the game’s official website.