A look at the newest Pokémon revealed in August's Pokémon Presents. 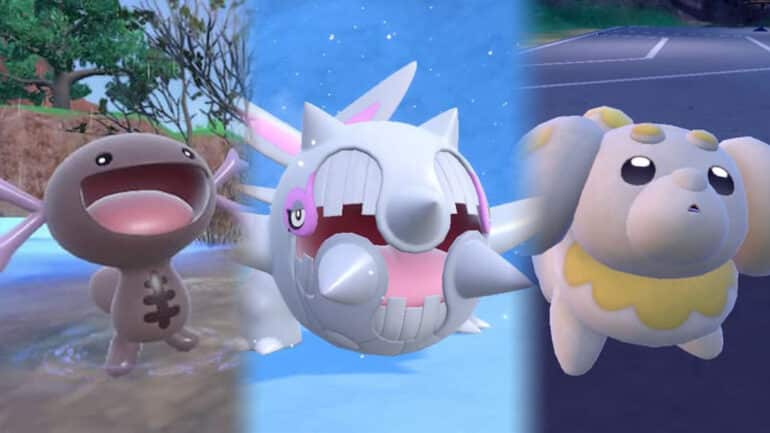 The latest teaser for Pokémon Scarlet and Violet has introduced a couple of new Pokémon that can be encountered, caught, and trained in the game. We will take a closer look at these new creatures to get a better insight about them and the upcoming game.

Cetitan, the Terra Whale Pokémon, is known to be able to harness ice energy through its middle horn, freezing down the temperature of its surroundings, as well as its opponent’s. Not only does it have tough muscles to support its weight, but it also maintains a thick layer of blubber around its body to protect itself from the cold when migrating.

Cetitan is known to be the partner of Grusha, the Gym Leader of Glaseado Gym who specializes in Ice-type Pokémon. Its name is a mash up of “ketos” or “cetus” which is the name of a Greek sea monster in mythology, and the word “titan”. It may also be based on the Japanese cryptid known as the “ningen” which is also a sea monster that is known to have pale skin and humanoid limbs.

Fidough, the Puppy Pokémon, is known to have a soft and moist-feeling skin when touched. It can also puff up its own body as a way to intimidate its opponents. Fidough’s breath is also known to have a very useful yeast that helped people make their breads for a long time, which might prove useful to Arven, one of the characters whose specialty is cooking.

Fidough is based on the popular dog name “Fido”, and the word “dough” since it’s a pure bread dog.

Paldean Wooper is Wooper variant that have adapted to live on land than underwater when they lost their hold on their territory. Along with this, they have evolved to secrete a poisonous film around its body to protect itself from drying out while on land. Without water to support their bodies, they move slowly on land, but they have also evolved to be able to shoot out poison form its gills.

Will these Pokémon have evolutions?

We know that Wooper evolves into Quagsire, but we still do not know if Paldean Wooper will evolve into Paldean Quagsire or into a completely different Pokémon through split evolution.

There’s no info yet about Fidough about its evolution line, however there are rumors that Cetitan may have a pre-evolution.