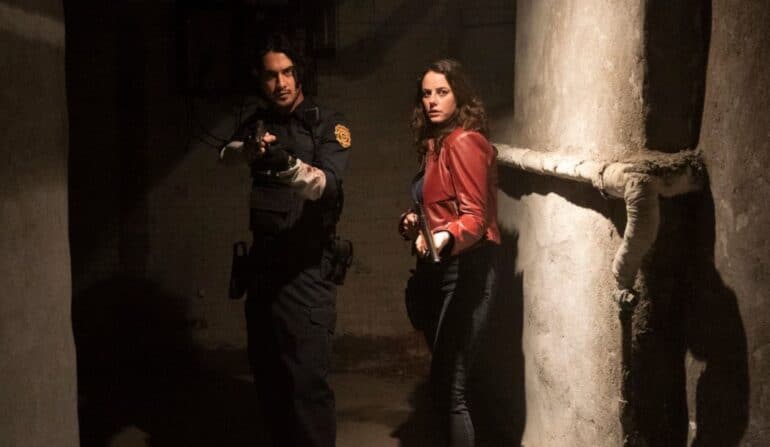 As fans are eager to see some post-production screens of the upcoming Resident Evil film reboot, Welcome to Racoon City, IGN managed to get their hands on an exclusive look at the movie and interview with the film’s director. And if you are expecting to see Mila Jovovich here, don’t get your hopes up as we’re going to see Avan Jogia helming our famed RE protagonist, Leon S. Kenney, alongside Kaya Scodelario playing Claire Redfield.

According to the director, Johannes Roberts, who’s known for 47 Meters Down and The Other Side of the Door, his take on Resident Evil has no connections or whatsoever to Paul W.S Anderson’s franchise. He’s focused on making the film more “horror” than “sci-fi action of the previous films”. Roberts further explained that Resident Evil 2 is his main inspiration as he’s set to recreate the “atmosphere” and “tone” that made the second installment a huge success.

Roberts highlights that each of the characters involved will have a major role as they carry and drive the entire narrative direction. So this means we will be able to see more involvement of the characters than simply having them make cameos. “The difference with this film as opposed to the previous movies is that it is an ensemble where each of the main characters carries huge importance to the narrative,” according to Roberts.

Here are the new images of Resident Evil: Welcome to Racoon City (thanks IGN):

Resident Evil: Welcome to Racoon City is expected to go out in theaters on December 3.