New Starship Troopers Traitor of Mars Trailer Is Just Stunning, Dizzy is Back! 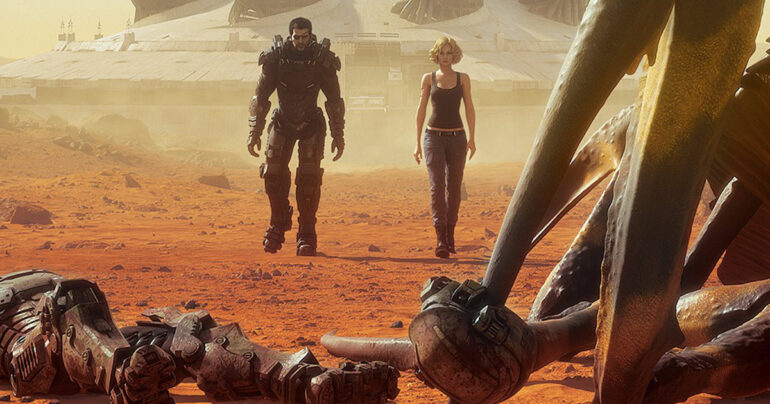 It’s confirmed that the original cast from the original film are returning with Casper Van Dien voicing General Johnny Rico and Dina Meyer to do Dizzy Flores.

There’s a lot of mystery hanging in the reappearance of Dizzy in Traitor of Mars which makes it interesting how Edward Neumeier was able to fit that in. Or is this some hallucination that Johnny Rico is having? In the trailer, it shows that Dizzy is indeed in the film, but if you look at her closely she’s not armed or even in armor.

Starship Troopers Traior of Mars will be on theaters for one-night on August 21, and a direct digital and blu-ray release on August 22.