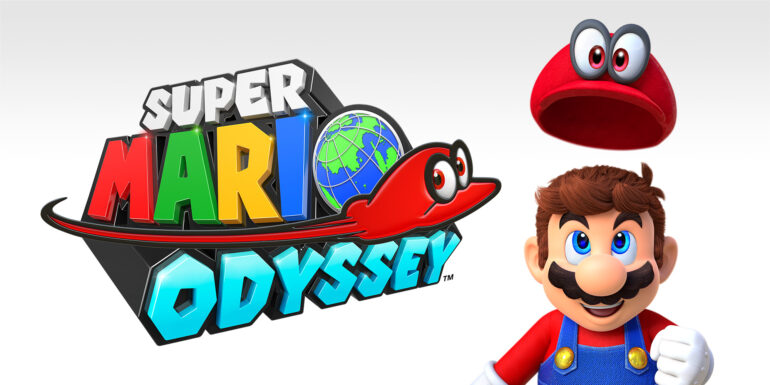 Today, Nintendo held another Direct showcasing many titles for both the Nintendo 3DS and Nintendo Switch. The Direct was quite lengthy, compared to previous ones, and that means even more games to be shown. Although there was a lot shown, most of the titles have been announced previously, but with a lot more details for each. Here are all the things shown below:

New details were shown about the titles, with things such as new Pokémon and story details revealed. Pokémon Ultra Sun and Ultra Moon is set to release this November 17, 2017

The beloved Mario & Luigi games on the Gameboy Advance are getting new life on the Nintendo 3DS, with updated visuals and updated mechanics. The combined package is set to launch this October 6, 2017.

The Kirby brawler was shown once again, featuring all new modes and mechanics. The game will come with 10 battle modes to choose from and both local and online multiplayer. Kirby: Battle Royal is set to release next year on January 19, 2018.

Other Titles Heading to 3DS

More titles were shown, giving updates and details on upcoming Nintendo 3DS titles. Titles such as, Yokai Watch 2, Metroid: Samus Returns, and Minecraft: New Nintendo 3DS Edition were shown in the viedo above.

Xenoblade Chronicles 2 had an extended showcase, which debuted a lot more details about the story and gameplay mechanics. You’ll be playing as the protagonist known as Rex, who is the archetypal JRPG modest boy, who has a behemoth of a task to save the world.

Xenoblade Chronicles launches this December 1st, along with a special edition version of the game, which includes an art book, steel case, and a Soundtrack CD.

New maps are coming to the game, with the first one — Kelp Dome — coming on the 15th of Septmeber. The second map, called Snapper Canal, has no date. Along with the maps, is a new weapon called the Tents Brella.

Nintendo reiterated that the game launches this October 20th, a week before Super Mario Odyssey. A new character was also announced; Lyn, who debuted back on the Gameboy Advance.

A new expansion is coming to the beloved Switch launch title: Snipperclips. It comes as a complete package for new owners of the game, while previous owners will be able to download the new content as DLC. The expanded content features new puzzles to solve, while old puzzles will be getting new variations.

The new expansion launches later this year, on November 10th.

Titles shown in the previous Nintendo Indie Direct were shown again, but this time with release windows. Morphies Law, an online multiplayer shooter, comes to the Switch this Winter. Rocket League, the populer vehicular soccer game, also launches this holiday.

Arena of Valor is a  new MOBA coming to the Switch, with a beta coming this winter.

The beloved Bethesda title has a release date on Switch. The title is set to launch this November 17th, with it comes exclusive Zelda themed armor and weapons, which can be unlocked by either any Zelda amiibo or by discovering them in the game world.

Bethesda is showing more love to the successful Nintendo console, by announcing two more titles. The critically acclaimed reboot of Doom is heading to the console this holiday. You’ll be able to experience 2016’s Doom like never before, both at home and on the go.

Along with Doom, comes the sequel to a fan favorite: Wolfenstein II. The title won’t be coming out on the same date as the other current-gen platforms, but will be released some time in 2018.

Flip Wars gets a new update, which brings local multipalyer to the title. The update is available today.

Many arcade games by Nintendo, that have never been played on home consoles, are coming to the Nintendo Switch. Play games such as Punch Out Arcade, Super Mario Bros. Vs, Mario Bros., and more.

Breath of the Wild Amiibo

The Legend of Zelda: Breath of the Wild DLC is getting its own set of amiibo, corresponding to each Hyrule Champion. The amiibos unlock specific armor pieces, depending on the Divine Beasts of each champion. No release date was given on the DLC: Champion’s Ballad.

All the major third-party sports games are, for the first in a long time, heading to Nintendo’s console. NBA 2K18 is coming along side with its current-gen counterparts this September 15, 2017, digitally, on the Nintendo eShop, while a physical version will come out on October 17, 2017. FIFA 18 is also coming to the Switch, with a release date of September 29, 2017. Meanwhile, WWE 2K18 was also mentioned, however, no release date was given.

The Square-Enix exclusive JRPG was shown, but this time with a lot more gameplay and story details. You’ll be able to take control of 8 different characters, each with their own abilities and stories to experience. The game is set to release some time next year, but a demo will be available today on the eShop.

A new update is coming to Nintendo’s new fighting game: Arms. The update brings a new character called Lola Pop and a new arena. Along with that, the game will now let you remap buttons to satisfy all player styles.

The beloved Dragon Quest minecraft competitor is now coming to the Nintendo Switch. There will be an exclusive companion, which allows travel and acquiring items a lot easier. The game is set sometime in 2018. No word was mentioned whether the sequel will be coming as well.

New gameplay mechanics were discussed about the upcoming Switch Kirby title. Kirby will have new suck-up abilities, while you’ll also be able to augment these abilities. Kirby Star Allies is set to release in spring 2018.

Along with new kingdoms being shown, new gameplay mechanics were also discussed, such as the Power Moons, Crazy Cap Shop, and a Snapshot mode. In Super Mario Odyssey the main goal is to acquire the Power Moons, so you can travel across the globe to find new locations. Not only will their be specific objectives to acquire them, but you’ll also be able to find them hidden throughout the game, similar to Super Mario 64 or Sunshine. While in search for these Power Moons, you’ll be able to adventure in style by purchasing costumes for Mario in the Crazy Cap Shop with the coins you’ve collected. Not only will you be able to buy costumes, but you can even decorate Mario’s ship — the Odyssey. And to top it all off, you can take snapshots in the game via the Snapshot mode. The mode will allow you to add filters, rotate the camera, and share these photos online.

Super Mario Odyssey is set to release this October 27, 2017. Along side the release, there will be a Nintendo Switch bundle of the game, including Odyssey themed joy-con. These joy-con will also be available separately, with a game-themed carrying case.

And that’s that for all the details in today’s Nintendo Direct. Let us know what you thought about the Direct, and tell us what other games you hope to see in future Directs.