A guide on how to create and manage your own Squadron in No Man's Sky. 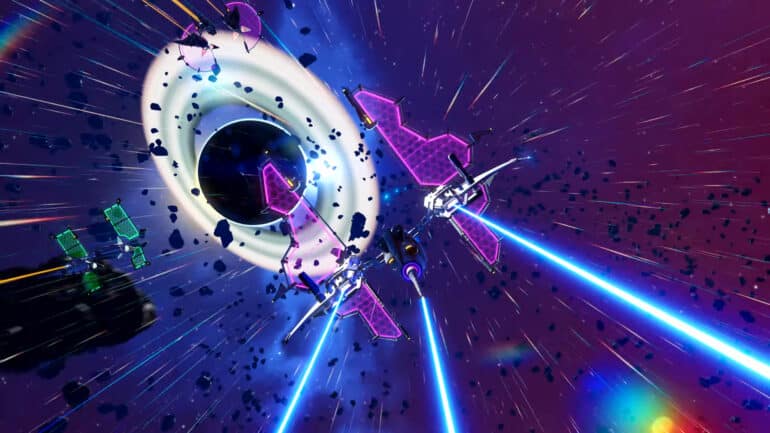 No Man’s Sky just released its new 3.85 update called Outlaws and it adds a whole lot of content in the game, one of which is the ability to lead your own Squadron. With this new Squadron system, you can call on your team of starships to back you up in missions and space battles. Think of the Fleet system, but just with starships and you get to put yourself in the middle of the action.

In this guide, we will talk about what you need to know about starting and managing your Squadron, as well as some tips and tricks on how to get the best pilots for the job.

How to Unlock Squadrons in No Man’s Sky?

The Squadrons feature will automatically be available for you as long as you have a Freighter ship. While inside your Freighter’s bridge, head to the side of the console where Manage Fleet menu can be accessed and you will see the new Manage Squadron option.

From the Manage Squadron menu, you will have to unlock the Squadron Pilot slots to get new ship bays. Simply select one of the locked slots and choose the Add Slot option which will cost Nanites. Each subsequent slot unlock will cost more Nanites as listed here:

Opening all Squadron slots will cost a total of 21,800 Nanites, which is not that expensive with all things considered.

How To Create A Squadron In No Man’s Sky

To create a squadron in No Man’s Sky, you have to recruit roaming NPC pilots from all over the galaxy. Finding them will be easy, and once you have them on your team, you can order them to warp to you in space combat or for any other reason you like.

To recruit pilots to add to your Squadron, you can simply go to any space station, trading posts, or even at your own freighter, and talk to the NPC that arrive in their ships. You will then see the “Recruit lifeform to squadron” option. Selecting the option will show you the pilot’s information as well as their ship’s information.

These information are basically the typical attributes that you see on your ship or when looking at other ships, including the class rating which is shared between the ship and the pilot.

These information will help you gauge the pilot’s ability to fly their ship. These will be randomized per pilot, so you can run into top gun pilots, really bad ones, or just so-so pilots.

If you think the pilot passes your Squadron’s qualifications, you can select the Recruit Pilot option to add them to the team, otherwise you can select Decline.

How to Upgrade Pilots and Their Ships in No Man’s Sky?

Head back to your Freighter’s bridge and go to the Manage Squadron option. From there, select the pilot that you want to upgrade and then you will have the Upgrade Pilot option. Choosing to do so will upgrade both the pilot and the ship that they’re flying in exchange for some Nanites.

Similar to how ships get upgraded, Squadron pilots and ships will go up a class rank per upgrade, up to Class S. The Pilot and the ship’s stats will also improve as they get upgraded. (And for some reason, their Confirmed Kill count goes up, too.)

Within the Manage Squadron menu, you can also dismiss recruited pilots and free up a slot within your Squadron.

How to Summon Squadron in No Man’s Sky?

While flying in any of your starships, open the menu and head to Summon Freighter and Squadron > Summon Squadron to summon all of your recruited pilots at once. Summoning starships can be done while flying in space or while flying within a planet’s atmosphere which can be useful when you are hunting space pirates, taking on bounties, or raiding planetary depots.

If you like this guide, be sure to check out our other No Man’s Sky articles here:

Check out this video by Captain Steve showing how to start your own Squadron in No Man’s Sky: