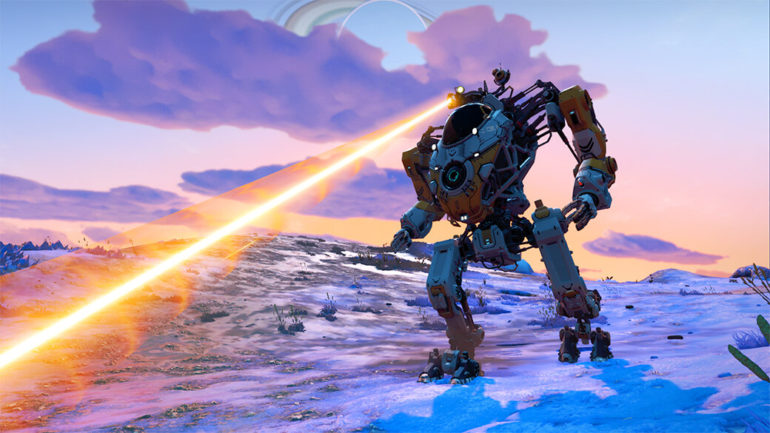 Game developer Hello Games has outdone themselves again with this new update for video game No Mans Sky. The game now has mechs.

Update 2.4 has launched recently and it added some cool mechs for players to tinker with. The update is called Exo Mech and adds a plethora of things including the all new Minotaur Heavy Exocraft Hybrid. This is a new way to explore planets with lots of new technologies to discover.

The mech has a jetpack that allows players to jump high and is immune to all planetary hazards, which is very handy for exploration. The Minotaur can be used for collecting resources, check out some of the most dangerous areas, and dig and carve terrain by upgrading the laser into the Terrain Manipulator.

In order to get the mech, players need to have the plans for the Minotaur Geobay at the Space Anomaly’s Construction Research Station. When boarding the Minotaur, players will see the cockpit which is fully-modeled and can be viewed in 360 degrees via VR tech.

The Exocraft scanning has been upgraded with this update and adds the option to summon Exocrafts from freighters by using the Orbital Exocraft Materialiser. There are so many stuffs added to the game.

The lighting of the game has been overhauled in this new update as well on planet surfaces.