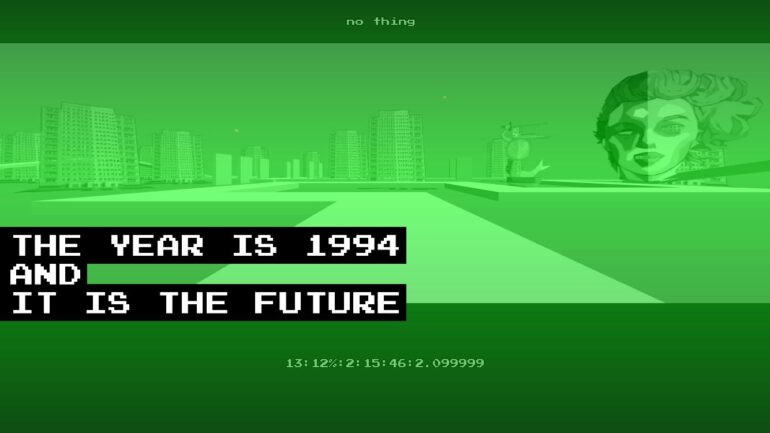 As some of you may have already known, NO THING is an odd, but a really addictive runner game. The game is simple, yet it delivers an astute story, along with a really great soundtrack to support its environment.

You are a simple office clerk (as what the ‘voice’ calls you), and your job is to deliver a message to the Ice Queen. How you play NO THING is really simple, really, since it only requires you to press the left or right keys, and pretty much nothing more (well maybe that, and a whole lot of focus and some mad reflex skills). The game displays its gameplay on level one, where the objective is rather simpler (compared to the next ones). You are to guide yourself through the pavement, repeatedly, on this level. The main focus of level one is to let the player experience how the game is played, how you’ll lose the game, and how the game works. Level one is just mostly running through a loop, with the ‘voice’ telling you random stuff (although it makes a bit more sense later in the game). It is pretty easy to beat, if you give enough attention to it. 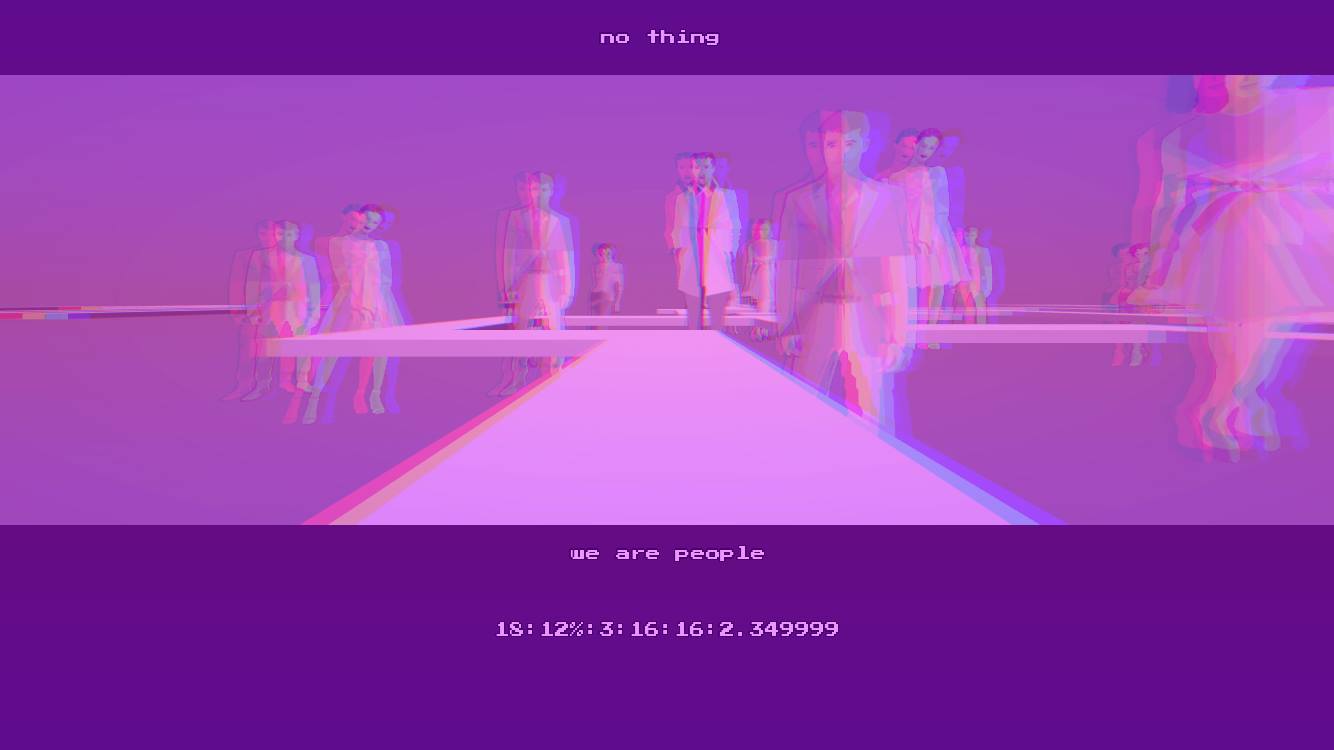 Now, the game not only gets harder as you progress further, but it also gets harder while you’re in a level. For example, in level one, though you only run in a loop, it gets progressively faster, ultimately leading you to quicken your senses more. Added to that, it also changes its color (the game mostly features secondary colors… coloring), does an intentional ‘glitching’ of the screen, and separates the platforms — therefore creating gaps, tricking your brain that you’ll fall down and making you pick another route which then therefore dooms you to fall down. The game also has big faces and figures, buildings, objects and the like that are displayed on specific places on every level. Sometimes they tend to interfere with your running (although they block your path, they somehow create a ‘distracting’ aura that sort of tricks you), but they don’t really do harm or any block you or anything. They’re just there to confuse you. The point of the game is to ‘trick’ players (and deceive them, too). The objects or images tend to enlarge and shrink, or disappear, too, and tends to move through platforms. Everything in this game is to test your focus and reflex, along with your ability to concentrate and ability to judge on what to do and what not to do.

This game is really not suitable for people with epileptic seizures or motion sickness, or anything similar. The thing about this game is that it uses its environment to distract you from focusing on what you’re supposed to do, which is just running and turning left or right. It also doesn’t use proper physics (the momentum in this game isn’t right), so it also adds to the ‘deception’ meter. Like if you’ve gained a lot of speed already and then come across a platform that goes up or down, it doesn’t give you the proper momentum to predict correctly when to turn right or left (or in other words, the game sticks to just running left or right, depending on where the platform leads to, not applying all of physics’ principles. The game isn’t about science or physics or any of those, after all. 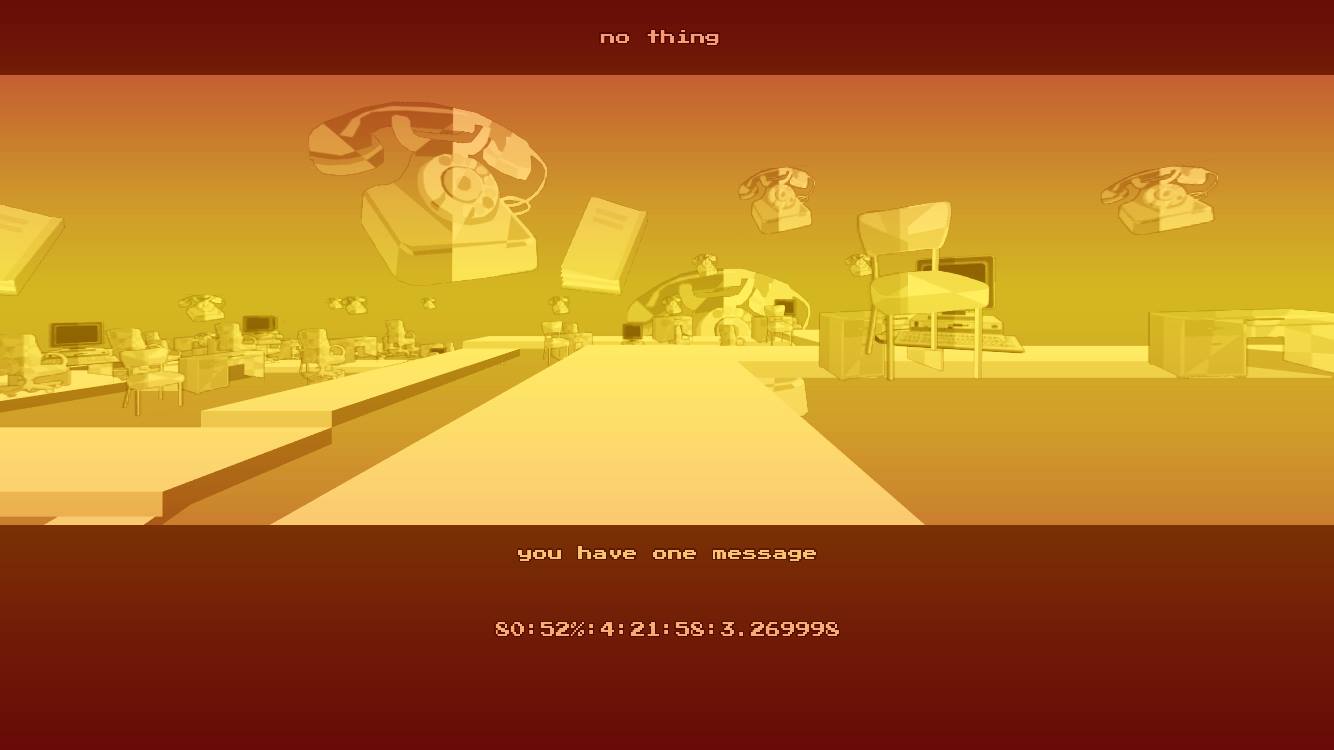 Nothing much is offered, really. The main purpose of the game is to test the player’s focus, and how the player would react to each given levels. The difficulty of each level varies on how the platforms are being built. There are some platforms that, at the beginning, seems really easy to pull off, but ends up being really difficult. Some, although difficult at first, slightly falls off, since it already gave you a head start on being difficult already. Some, well, they just tend to be really… difficult. In all due honesty, this game is really difficult. If you’ve played the Dark Souls series, or Flappy Bird, or any other games that others told you that it’s “too difficult”, or” requires a lot of skill” and all those stuff, then they’ve probably haven’t played NO THING yet. This is, by far, the most difficult game I’ve personally encountered yet.