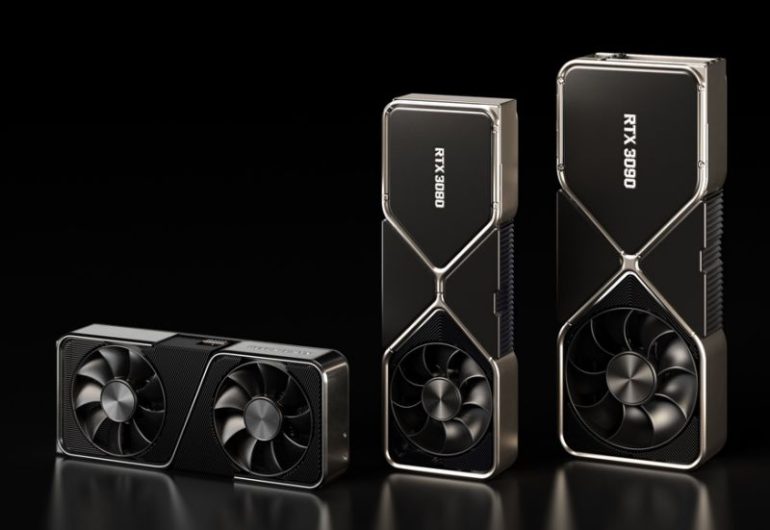 Technology company Nvidia Corporation just revealed the latest 3000 series graphics cards to the world and they are a sight to enjoy.

Nvidia CEO Jen-Hsun Huang revealed the newest Nvidia Ampere graphics cards, which are the Nvidia GeForce RTX 3070, 3080, and 3090.  It promises AI powered acceleration with almost twice the performance-per-Watt of the Turing predecessors.

These new graphics cards are a complete overhaul of the 20-series and now it has the power of the second-gen RT and third-gen Tensor cores. It has the enhanced streaming multiprocessors (SM). Improvements are all over like new advancements in core size, PCB design, a redesign of the power connector (now 12-pin), and a new low profile leaf sprint mount. The cooling system is now improved and looks sleek. The fan placement and software stack that controls them have been tweaked as well.

Also to note, RTX 3090 looks really heavy that I am worried it would not be a good fit for my old rig. Might have to get a newer one to support that weight.