Old World Out Now on Steam and GOG, Heroes of the Aegean DLC Free for Limited Time

Inherit the crown and continue the line of rule 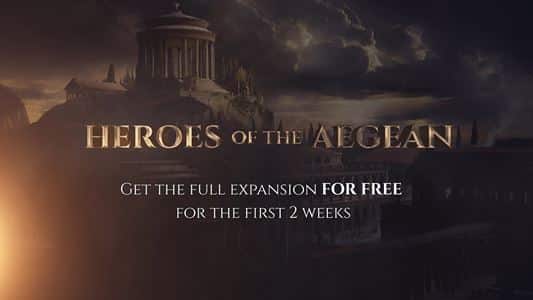 Publisher Hooded Horse and developer Mohawk Games are proud to announce today that Heroes of the Aegean, the first DLC for their 4X strategy game, Old World, is out now on PC (via Steam and GOG). The DLC will be given free to all players who purchase Old World on any platform in the first two weeks after release.

To celebrate the occasion, Hooded Horse released a launch trailer about all things players can expect from the game.

the DLC also adds the Hittites, a brand-new civilization playable in the main campaign, represented by the warrior king Ḫattušili I.

Today also marks the release of the game on Steam and GOG, following its period of Epic Games Store exclusivity.

Furthermore, Old World now officially supports Linux. Localizations are being officially added next month for Spanish, French, German, Russian, Japanese, and (Simplified and Traditional) Chinese, with testing versions of each language accessible to players who opt into the testing branch on Steam.

Set in classical antiquity, Old World is a historical 4X turn-based strategy game where players select a historical leader to guide their civilization. Leaders are mortal, and once they die, the dynasty’s future depends on their heir.

Old World and the Heroes of the Aegean DLC are available now Steam, GOG and Epic Games Store.