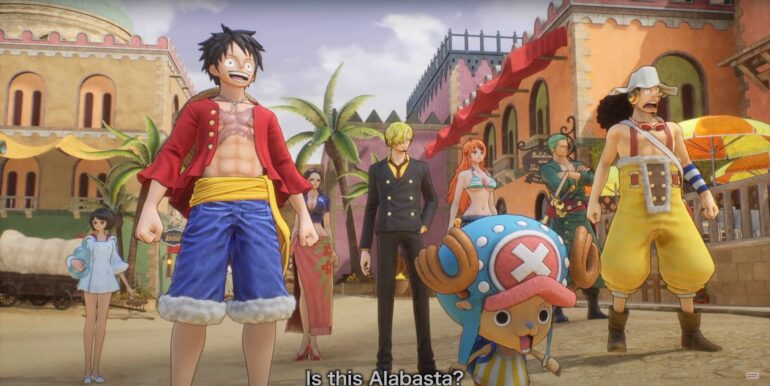 Bandai Namco Entertainment has recently released the new One Piece Odyssey story trailer that relives the story of the Alabasta Arc.

This new trailer features the adventures the Straw Hat Pirates had in the kingdom of Alabasta. So what connects this trip to memory lane? In the game, Luffy is trying to recover the powers of his crew members by visiting the world of their memories. One of those memories is this arc and he has to complete his mission to return those powers.

According to the game company, this storyline is just one example of how the game will immerse players in their favorite moments from the series. The game will also simultaneously offer new adventures and experiences.

One Piece Odyssey transports the Straw Hat Crew to a mysterious new island where they embark on quests and fight powerful enemies and massive bosses in exciting turn-based battles. The game is introducing a new chapter for these famed pirates, with an original story and new characters developed under the guiding hand of series creator Eiichiro Oda. One Piece Odyssey is sure to retain the charm, humor, and chemistry of the anime with its colorful artistic style and stunning visuals, and by starring the series’ original Japanese VO actors.