Ori And The Blind Forest – Review 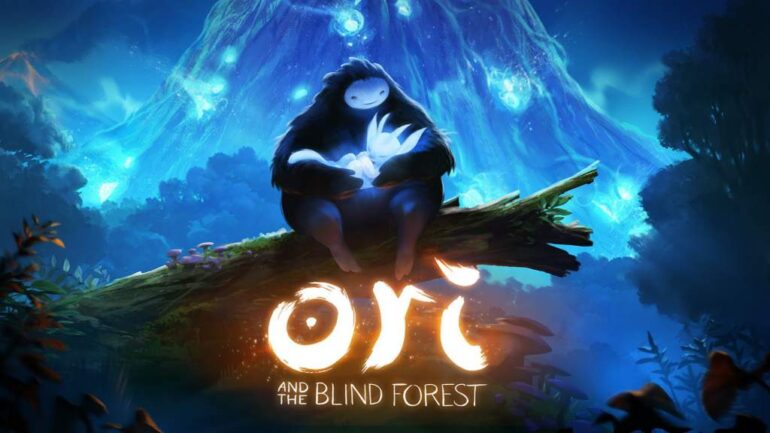 “As beautiful as it is poignant.”

Indie Game Developer, Moon Studios has outwitted the game industry with the release of Ori and The Blind Forest. The game lets you take control of Ori, a cat-like spirit animal who musters the strength with his power of light. Throughout the game, you do not only control Ori but also her caretaker, Naru for a short time

In the game’s story, Ori is a special child of the forest. During an incident involving the destruction of the Spirit Tree(The heart of the forest), Ori, under the transformation of a leaf, has been blown away and abandoned into the forest. That’s when he encountered Naru, a big loving gorilla-like creature who nursed Ori for a few years. Ori’s disappearance from the Spirit Tree has disrupted the growth of the forest. Waters are getting dirty, winds are not blowing and evil creatures are lurking around the forest. The game continues to move at a faster pace after a heartbreaking scene and it’s up to Ori to save his own forest against a horde of evil creatures and a giant eagle named Kuro.

The gameplay in Ori is a complex side-scrolling platformer that could make players rip their hair off. Ori can learn beautiful skills along the way and encounter simple puzzles but the real problem of the game is its difficulty. There are no choices to change the game’s difficulty from easy to hard; it only depends on the pacing of the story. The further players get, the harder the game becomes. The thrill of escaping a volcanic explosion using only your trusty WASD keys and mouse is a fun and rewarding experience.

Speaking of learning new skills, this is where the game gets even more fun. The difficulty of its platforming is redeemed by its fast-paced combat system. Along the way, Ori can level up by gathering Experience points from defeating enemies and solving puzzles. With that, he can upgrade his skill tree to become even more and more powerful. Players are to left to choose which skill tree to prioritize: offense or defense.

Another important part of the gameplay is its unique saving system. Sure, players can encounter Save Fountains along the way but they are not enough. Ori has an alternative saving system called ‘Soul Link’ and just by pressing a button, players can save the game wherever they want and it will serve as checkpoints if ever players die again and again. However, this manual saving can cost players more burden than fun due to the unexpected events that players will encounter along the way. In short, manual saving is important.

The game’s visuals are top notch. The 2D elements of the Forest are beautiful. The sight of a gleaming mountain peak or a burning, raging heart of a volcano is eye-candy to visual loving players. I fell in love with the puzzle system inside the Volcano where you can play with gravity and change the game’s pace.

For the game’s music, it is atmospheric. With an indie game like this, the soundtrack is enough to create themes of sadness, anger, rage, and many other different emotions that players will encounter in the game. Even the sound of escaping a flooded tree can make players palpitate.

The game’s replay value is not okay. After the game is finished, players are not given the freedom to explore the world anymore and backtrack to the missing upgrades they missed, which is a bummer for completionists. But that does not stop the game for being beautiful.

Ori and the Blind Forest is a noteworthy entry of a beautiful Indie Game. The game’s uneasy difficulty system is redeemed by its poignant story and fast-paced combat.  From start to finish, Ori and the Blind Forest is careful with its emotional trip towards players. The consistency of its story and the fluidity of its combat system is what makes Ori a game worth playing.