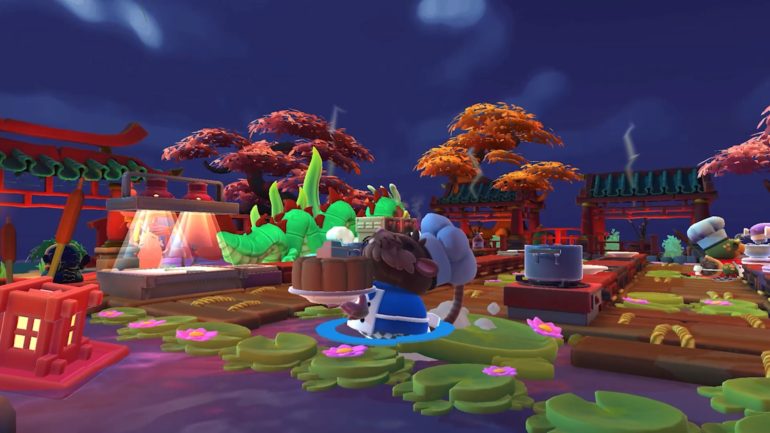 The newest update is the Moon Harvest Festival update, which celebrates the start of the annual Mid-Autum Festival celebrated across China and East Asia. It is now available on PC and consoles and sees Kevin the Dog and The Onion King welcome in the autumn/fall season with three varieties of mooncakes. Mooncakes are traditional dessert for celebrations and are now on the menu with five new levels in which to cook up chaos. It also introduces the hazardous lily pads that can barely hold a chef’s weight.

Available for all players (including those still to purchase the jam-packed Overcooked! 2 Season Pass) the Moon Harvest Festival is the latest in a long line of free seasonal updates released for the award-winning multiplayer game. The update will also feature in the upcoming definitive edition of the Overcooked! series, Overcooked! All You Can Eat, which will be released on next-generation consoles later this year.