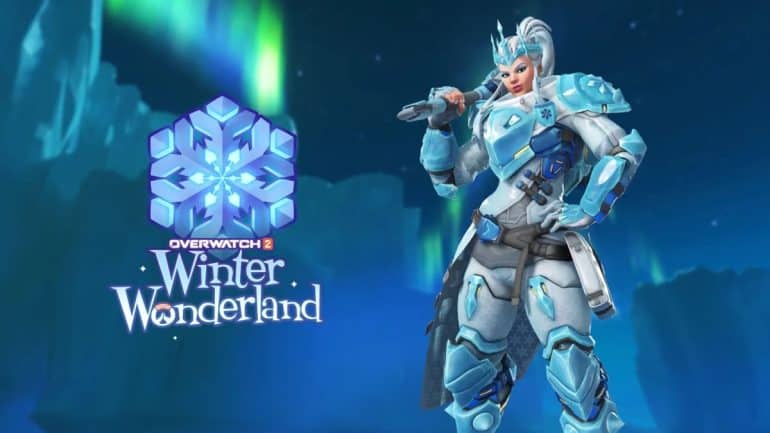 Blizzard has recently announced the start of the Overwatch 2 Winter Wonderland Event 2022.

The Winter Wonderland 2022 event has now started and it will feature various content in the theme of the holidays. It includes new arcade modes, cosmetics, free rewards, and more. Starting today until January 2, 2023, players will be able to get the new Gingerbread Legendary Bastion skin for a single Overwatch coin only.  After that, it goes back to its original price.

Players can play some limited time arcade game modes like Mei’s Snowball Offensive, Yeti Hunter, Snowball Deathmatch, and Freeze Thaw Elimination starting today until January 4, 2023. They can get special winter-themed weapon charms, sprays, player icons, and more by just completing the event challenges. They can even get the awesome Ice Queen Epic Brigitte skin from these.

Mei’s Snowball Offensive will let players fire snowballs to knock out opponents in a 6v6 Elimination or an 8-player FFA Deathmatch ruleset. This is the first playable mode to try out.

The second available mode is the Mei’s Yeti Hunt, a 5v1 raid-boss brawl. Five Mei players must work together to set traps and freeze a Yeti that is stealing food from a local village. Do not let it steal too much meat or else it will go into a frenzy and wipe out the team.

The last mode is Freezethaw Elimination. Eliminate all enemies by freezing them. Teammates that got knocked out can be thawed back to life by those who are up and about.

Watch streamers playing the game and have drops-enabled on Twitch starting on December 25 until January 4, 2023. Earn cosmetics from this alone including a D.Va Victory Pose, and a Sleighing D.Va Legendary Skin.

Log into Overwatch 2 to get a free special gift: the Festive Wreath weapon charm and the 2023 player icon.