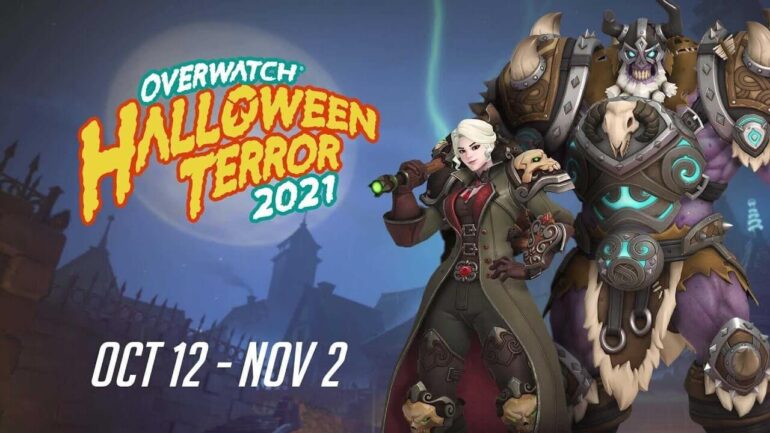 It’s October so it’s the time of the year again for a lot of Halloween events and despite some ongoing issues with Activision Blizzard, it doesn’t mean that Overwatch has to suffer from them and the Halloween Terror event is now live.

The event will have players enjoying some new stuff in the way of skins, icons, sprays, and Junkenstein. This year, like in previous years, players are tasked with having to play about 27 Quick Play, Arcade, or Competitive Play games each week for the next three weeks.

So when players play 9 games they get a new icon, then they play another 9 to get a new spray, and a final 9 games in order to get an epic skin for a total of 27 games for each week. It is important to note that when you win a game it’ll count as two games which reduces the number of wins needed to get the weekly prizes by a maximum of 14 games if you happen to win 92.86% of the games per week.

For Junkenstein’s Revenge, players will be able to play the horde mode-like challenge which seems to be the same as last year’s. The challenge missions are as follow: Three They Were, Shocking Surprise, Vengeful Ghost, Frenzied Stampede, Volatile Zomnics, and Mystery Swap.

Here are the weekly challenge rewards:

The event will last until November 2. More details can be found here.