Path of Exile: Echoes of the Atlas to Launch on PC, Xbox and PlayStation This Month 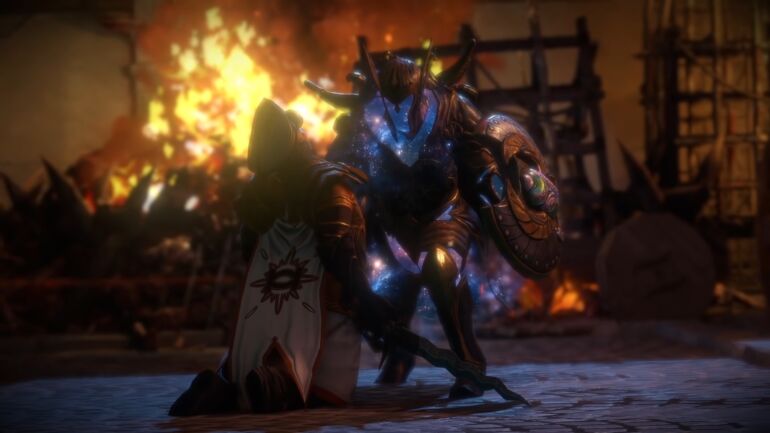 Game company Grinding Gear Games just announced that its next major expansion for Path of Exile called Echoes of the Atlas is coming to multiple platforms later this month.

Echoes of the Atlas will be released on PC on January 15, Xbox One and PlayStation 4 later on January 20. The expansion will offer new end-game content, a new challenge league, new skills, and a new pinnacle boss called as the Maven.

The next expansion will test players with the many challenges it will offer. The Maven is hungry to witness the player’s fight for survival against the Atlas’ most dangerous enemies. Defeating and slaying three map bosses in her presence will earn players a summons to her realm where she requests the players defeat these bosses simultaneously. The boss count will slowly rise until they can defeat all of them at the same time. If this is done, then The Maven will challenge the combatants herself.

If the players prove worthy, they will take control of their Atlas by unlocking regional passive trees. Content they encounter and rewards received will be augmented while exploring various regions. There are new end-game rewards that include three types of Craftable Watchstones that allow players to upgrade their Atlas and boost rewards found from maps. They can be traded, do not expire with use, and their benefits are stackable. The Maven’s Orb can randomly upgrade items that have two or more influence modifiers. While one of these influence modifiers will be upgraded, the others will be removed. If the modifier being upgraded has already reached its highest tier, it can be upgraded to a new elevated tier. There are total of 13 new unique items and a number of Divination Cards that can be earned in this new expansion.

A new challenge league called Ritual League pits players against a combination of the Ritual Altar’s arcane powers and escalating waves of monsters enclosed within a Ritual Circle. The more rituals completed, the better the rewards and the more difficult the enemies. As players slay monsters during Rituals, they’ll earn Tribute which can be spent on a variety of items and rewards. Rituals can be enhanced end-game by obtaining tradeable Ritual vessels. Up to four vessels can be placed within a map to add their monsters to the rituals already present, which substantially increases both the difficulty and rewards for those Rituals.

In addition to all of the updates available in the Echoes of the Atlas expansion, Harvest and Heist are being rolled into the core game with a few improvements as well. In Harvest, players will discover portals to established gardens instead of planting and managing their own Sacred Grove. They’ll need to carefully weigh the encounter difficulty from each pair of options against the crafting outcomes prior to making a choice. Slaying monsters that spawn will reward players with Lifeforce, which can be used to greatly improve items. For Heist, contracts will begin to drop from Act Six and onwards. Rogues level up their skills faster, markers drop with higher stack sizes and quest contracts are now dropped for you at the next smuggler’s cache as soon as that quest is available.

Path of Exile is launching two new sets of Supporter Packs to celebrate the launch of Echoes of the Atlas and the Ritual League: the Renegade and Faithsworm Packs. Both packs have different price points and feature tons of points and several exclusive microtransaction items, such as armor sets and character effects.

A total of eleven new maps have been added to the Atlas of Worlds. These maps cover a wide variety of environments and, of course, come with their own challenging boss fight. The visuals of these maps are a huge improvement over previous ones thanks to the ongoing work of Path of Exile 2.

Path of Exile: Echoes of the Atlas will launch on January 15 on PC and then later on Xbox One and PlayStation 4 on January 20.