Check out all four titles coming to PS Now this month! 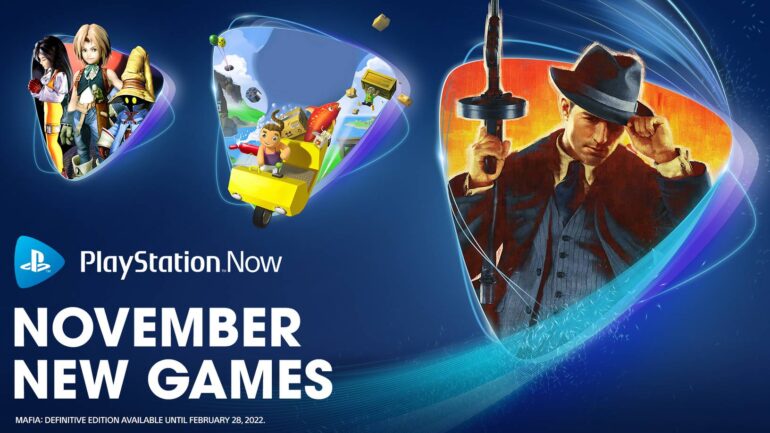 Sony Interactive Entertainment has recently announced the official PlayStation Now Games November 2021 lineup and it looks to be quite the interesting list.

Mafia: Definitive Edition is one of the highlights of the November 2021 lineup. This version recreates the original first game of the Mafia series with expanded story, improved gameplay, and better visuals. Players will take on the role of cab driver Tommy Angelo who became a member of the Salieri crime family and became a mobster. It will be available starting tomorrow until February 28, 2021.

Final Fantasy IX is one of the most beloved titles of the Final Fantasy series. Players will be joining the mixed bag of characters like Zidane, Vivi, Garnet, and more.

Totally Reliable Delivery Service will let players play the role of a delivery man and they can bring their friends with them in teamwork or disaster. It has unpredictable ragdoll physics, crazy gameplay mechanics, and more. The goal is the safely deliver all packages to a destination.

Celeste focuses on character Madeline who is on a journey to the massive Celeste Mountain. Players will be taking on over 700 screens of hardcore platforming challenges and secrets in this beautifully hand-crafted platformer from the makers of multiplayer classic game Towerfall.