Point-and-Click Adventure Game, Intruder in Antiquonia, Out Now on Steam

A classic point and click experience with modern design choices 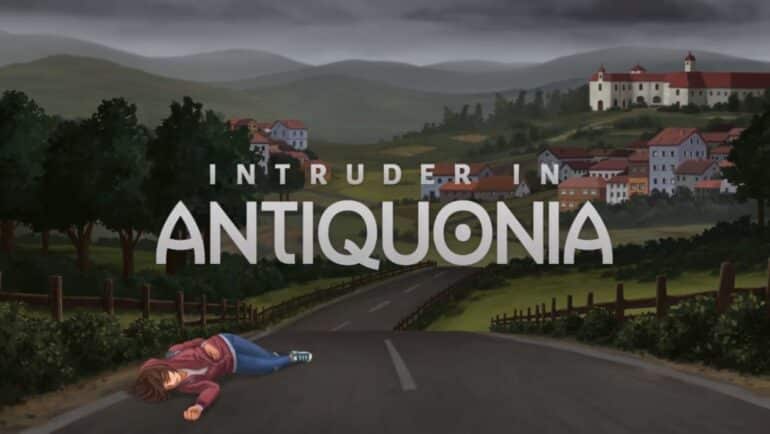 You can watch the final trailer below which was released closely before the game’s release.

You play as Sarah, who is found lying on the road to the town of Antiquonia. After she recovers, she is diagnosed with amnesia and must stay in the town to learn about her past. A town full of people who do not like the Internet will be the least of your problems since the story quickly develops into a conspiracy involving the town of Antiquonia and Sarah’s own identity.

Antiquonia is a beautifully unique town heavily inspired by the Galicia region in Spain, where both develops grew up. Galicia has many beautiful towns full of soul and a proud history, and the developers have worked hard to capture this essence in the game’s art style and music.

Intruder in Antiquonia is a classic 2D point-and-click adventure game with high-resolution graphics designed by professional illustrators, a beautiful soundtrack written by an experienced composer, and an intuitive user interface.