The fan has shared the models so that everyone can 3D print their own. 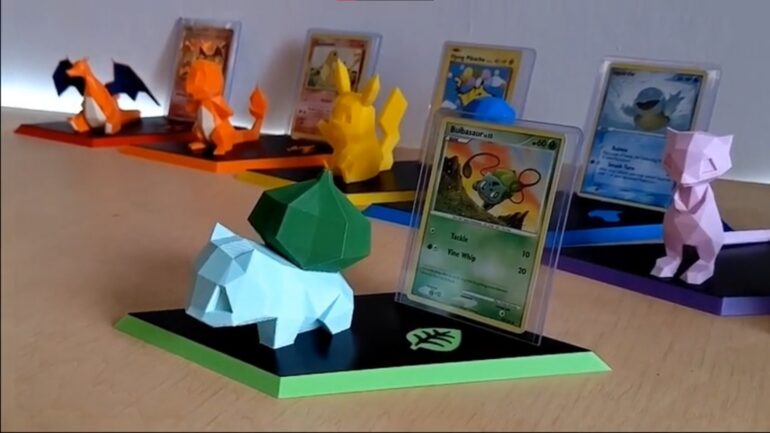 A Pokemon fan has recently shown off his impressive collection of 3D printed trading card stands to showcase his precious and expensive trading cards.

The Pokemon Trading Card Game has been around for a while, started way back in Japan in October 1996. Since then, the card game has traveled to the west and has garnered fandom since this was the time the video games were popular.

Reddit user 3demonster designed these personal stands for his most favorite and valuable cards from his collection. He showed them all off in a video he uploaded on Reddit. The stand features the card with protective sleeves, the stand itself is mostly black in color but with streaks of the color of the Pokemon type plus a symbol of that type, and a polygon-style figure that represents the Pokemon. The video features Bulbasaur, Charizard, Charmander, Flying Pikachu, Squirtle, and Mew.

Of course, the Pokemon fan community is impressed with the creations and some were even asking if where they could find the figurines. 3demonster did share the models for 3D printing so that everyone can make their own. While some asked if they could 3D print for him, he revealed that he lived in Prague so it would be better to 3D print locally.