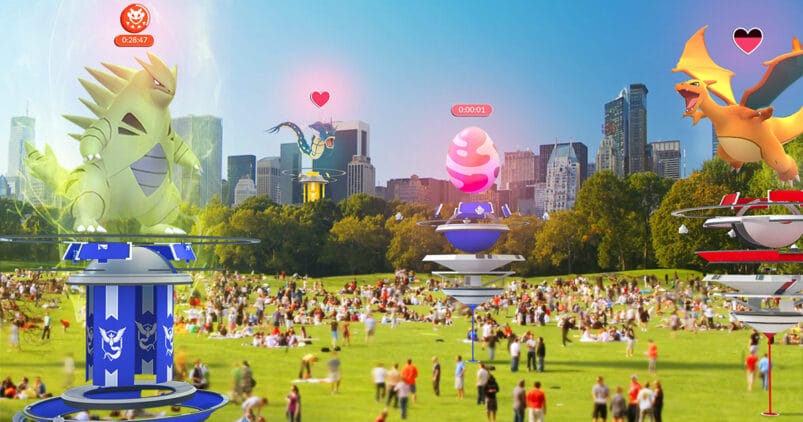 Raids have always been an essential aspect for the full Pokémon Go experience. Every time a new month rolls around, you get the chance to battle and even catch new sets of common 1-Star Pokémon to legendary 5-Star Pokémon. If you want to know the line-up for the Raid Bosses this December 2021, you’ve come to the right place. Here’s all the information you need to know.

It’s shaping up to be a great month for Pokemon Go enthusiasts. A Swinub Incense Day, monthly Timed Research challenges, and a Holidays event are all part of the new Season of Heritage.

Mega Raids appear to be limiting themselves to only a single Mega-evolving Pokemon, making it more difficult to obtain the Mega Energy you need.

For those looking forward to the December 2021 Raids, you’ll have the chance to get your hands on Reshiram, Zekrom, and Kyurem, the Tao trio from the Unova region, which will be available to Trainers in Raids, while Mega Steelix will make its long-awaited Pokemon Go debut in Mega Raids.

For every Mega Raid you participate in, there will only be one Mega-evolved Pokémon appearing at a time. This means you’ll have to invest a bit more time into getting the Mega Energy required.

The schedule for December Pokémon Go Raid have already been released by Niantic.

Here are all the Pokémon you can find in Raids this December 2021 and their schedules. We divided it from Mega Raids to 1-Star Raids.

These Mega Raids will only be available three times this month. You’ll have a little below two weeks each for each Pokémon.

Like the above, these Pokémon are divided into three corners of the month. But in the middle of December from the 1st to December 16th, you’ll have the chance to catch the Legendary Tao trio.

Unlike the higher star raids, these 3-star Pokémon will be available at random for the month of December. Their appearance will depend on the event.

Like 3-Star Pokémon, these 1-Stars will be available at random during any time this month of December depending on the event.

Niantic hosts a special Raid Hour once a week to give players a better chance of catching the current 5-Star Raid Pokemon on the market. Currently, all of the gyms that have Raids in them are 5-Star, which means Reshiram, Zekrom, or Kyurem are the only options.

In addition, Raid Hours are held every Wednesday from 6 p.m. to 7 p.m. local time, so you won’t have to worry about being in the right place at the right time. This is a fantastic opportunity to get out there and catch yourself a Legendary fish.

Know What Raid Battles Are

When a boss Pokémon takes over a gym Raid Battles begin. You can participate in these Raids by walking around a gym area until you find an egg that looks like it’s about to hatch. You’ll also find Boss Pokémon that are already part of the Raid that’s ongoing at the moment.

These Boss Pokémon are quite tough, if there are any other trainers in the area we highly recommend joining forces to take them down. In the four tiers that exist, the easiest are 1-Star Raids. The higher up the tier ladder you go, the harder the battles will be.

It may sound daunting but these Raid Battles are very rewarding. Not only will you have the chance to capture rare Pokémon but you’ll also get special items upon victory. Keep your eye on the schedules that 5-Star Pokémon will be appearing as you won’t be able to get these legendary Pokémon anywhere else.

Raid Passes and How To Get Them

Unfortunately you can’t just partake in Raid Battles anytime you want. You’re going to need Raid Passes and they’re a rather limited resource unless you’re willing to spend. By spinning the Photo Disc at the Gym, you will acquire one free Raid Pass per day. This means that if you’re being frugal, you can only participate in Raids once a day.

If you’re out of Raid Passes and want more, then you can purchase the Premium Raid Pass at the game’s Shop.

Alternatively if you’re one who doesn’t want to leave the comfort of their own home then you can use Remote Raid Passes. These passes are special as they allow you to join any Raids nearby or Raids you can tap on the Map.

The only way to acquire Remote Raid Passes is either by purchasing them from the Shop or being lucky enough to have someone gift them to you.

Even with all your hard work there is still no guarantee that you’d be able to catch the Pokémon you encounter in Raid Battles. It is even more difficult to catch Legendary Pokémon which you no doubt have your eyes on. On the successful defeat of a Raid Boss, you’ll be awarded a limited number of Premier Balls. How much you’ll get depends on the performance of your battle against it.

There are a few method to increase the number of Premier Balls you’ll get after the fight. Which are:

To increase your odds of capturing Raid Bosses, you can take advantage of Razz Berries or its superior version, Golden Razz Berries, as they increase the chance of capture. Be sure to throw a spinning curveballs and aim for excellent throws to better the odds in your favor as well.

With all this, you now have all the information you need to help you in the December 2021 Raid Battles. We hope that you catch those Legendary Pokémon that everyone is keeping their eyes on.