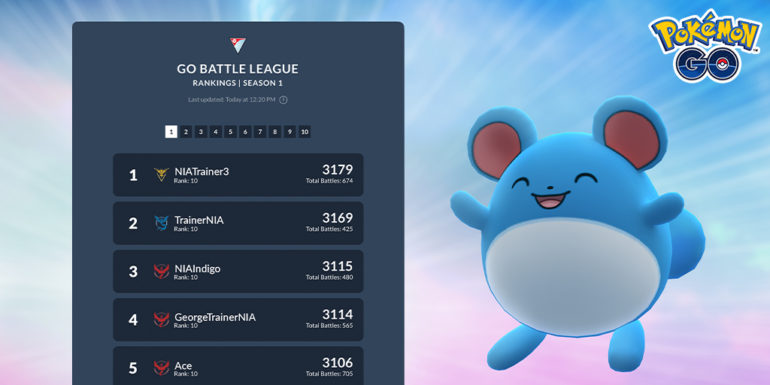 Players of popular mobile game Pokemon Go will be able to see the top players in GO Battle League soon with the leaderboards feature.

On April 10, players will be able to check the top listers in Battle League via the leaderboard feature. This will be available after the GO Battle League changes from Ultra League to Master League. It will then show the top 500 Trainers from all over the world. It will also show some other details like Trainer nicknames, ranks, teams, ratings, and total matches.

The rankings on the leaderboard will be based on the previous day’s in-game ratings for Trainers rank 7 and up. The trainers who had nicknames with issues or got into trouble will be excluded.

Win more Go Battle League battles from 11 AM to 2 PM local time for a chance to encounter Marill. Use the Premium Battle pass in order for this Pokemon to appear after every win as a guaranteed Premium Reward. They can also get 2x Catch Stardust for catching Marill during the time period.