Connecting these new titles will net players with some cool special bonuses! 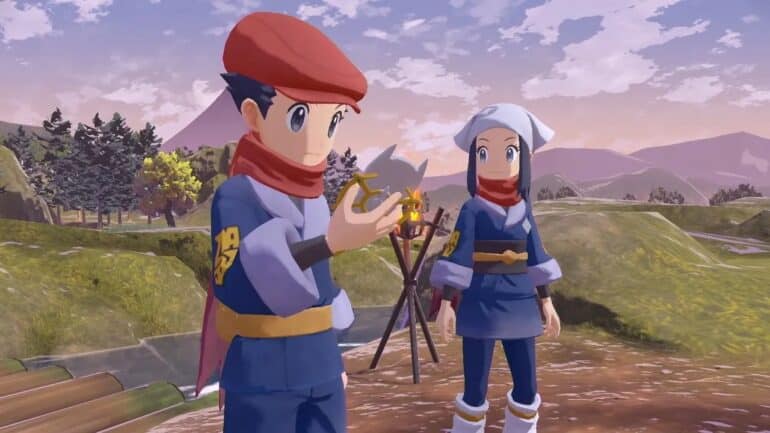 The Pokemon Company has announced that a new Pokemon HOME update will be arriving soon and it will be able to link to three recent Pokemon games.

Update version 2.0.0 will be arriving soon and it will connect three titles that can connect to Pokemon HOME: Pokemon Legends: Arceus, Pokemon Brilliant Diamond, and Pokemon Shining Pearl. It will add to the long list of other titles that are compatible with the cloud-based Pokemon storage system.

How Does Transferring Pokemon Work?

With a connection with Pokemon HOME, players who own all or either one of those three titles will be able to deposit and withdraw Pokemon easily and safely. They can transfer one Pokemon from one game and then pick it up on another title like if one Pokemon was transferred from Pokemon Brilliant Diamond, it can then be picked up on Pokemon Legends Arceus.

What Happens to Pokemon Transferred to Another Game?

If you were wondering what would happen if a Pokemon that got caught from a totally different Pokemon game and were to be transferred to another, there would be changes to its known moves, level, and even the type of Poke Ball they were caught in.

There will be changes to the Pokedex in Pokemon HOME too. Instead of only having the National Pokedex, in version 2.0.0 there will be various Pokedex’s from each game. The Pokemon in the boxes in Pokemon HOME will be registered right away in their respective game’s Pokedex when version 2.0.0 gets installed. Those that got traded away or were not in a Box when the update got installed, they will not be registered.

What Happens to the Poke Balls When Transferred to Past Setting?

There will be a special circumstance for Pokemon Legends Arceus. Since the game is set from the past then the modern Poke Balls have not existed yet. Pokemon caught in modern times that will be transferred to Arceus will appear in Strange Balls instead. This also works both ways if Arceus Pokemons get transferred to modern time games then the Poke Balls will be called Strange Balls too.

What Can You Check on Pokemon HOME’s Pokedex?

The Pokemon from Pokemon Brilliant Diamond and Pokemon Shining Pearl can get their conditions checked via the Pokemon Home with other details. However, the ones caught in Pokemon Legends Arceus, players can check their effort levels.

Since in Pokemon Legend Arceus, players are assisting the professor there to collect Hisui region’s first Pokedex then the National Pokedex in Pokemon HOME will have its entries based on the completion of the Pokedex in their save data. If an entry is incomplete, they will nto see an entry in Pokemon HOME.

What Special Bonus Can We Get For Connecting with Pokemon HOME?

The Pokemon Company is celebrating the compatibility of the three titles with Pokemon HOME and as such, each title will be gifted with special Pokemon after linking with the storage system.

After depositing a Pokemon from Brilliant Diamon or Shining Pearl to Pokemon HOME, they will get Turtwig, Chimchar and Piplup with Hidden Abilities as Mystery Gifts.

If players deposit a Pokemon from Arceus, they will get a Rowlet, Cyndaquil, and Oshawott with maximum effort levels as Mystery Gifts.

No word yet on when the new update will arrive for Pokemon HOME, but it will be soon.