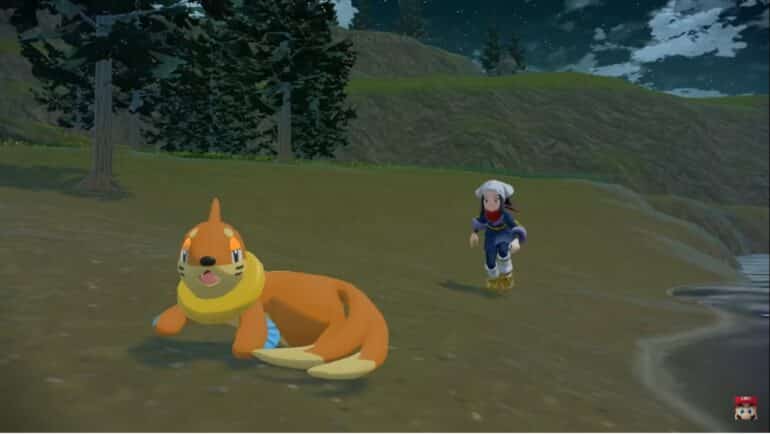 A little more than a couple weeks left until Pokemon Legends Arceus is released, and Nintendo and Game Freak continue to release small bites of information about the upcoming game. Without giving away too much, the newest trailer teases us about what the open world combat is going to look like, as well as a mention of crafting.

As seen in the latest trailer, the world of Hisui is a vast open world where pokemon are unbound to humans. We see trainers doing something that doesn’t happen all that often in the series – actively get into fights with wild Pokemon. Trainers dodge and weave incoming attacks, while dishing out some damage of their own.

We also get a brief mention of crafting within the trailer. It seems like collecting material and crafting will be pivotal to success. We are also shown a crafting kit, but not much else.

Oddly enough, the most we got out of this trailer in terms of crafting is that Pokemon will be involved in the collection process as shown by the Snorlax using a skill to shake off fruit from a tree.

“Uncover the mystery of Pokemon… by building the Hisui’s region very first Pokemon.” With what we’ve seen so far from this trailer, the process cataloguing all the region’s Pokemon is going to be far more hands-on than ever before.

Pokemon Legends Arceus is set to be released worldwide exclusively on the Nintendo Switch on Januray 28th, 2022.