Easiest exploit to do and here's how! 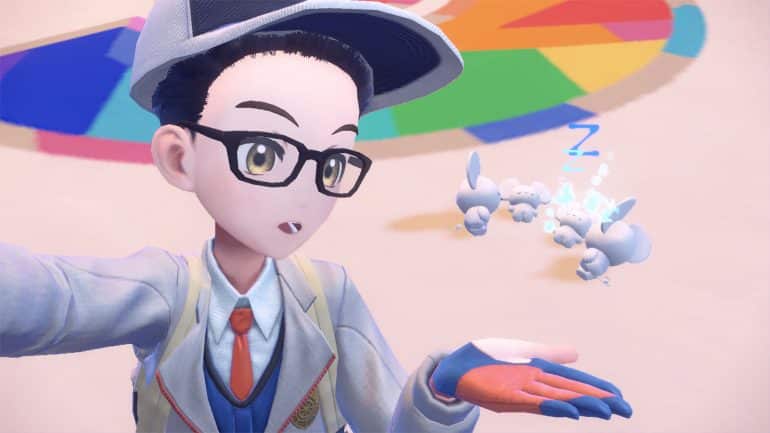 A new Pokémon Scarlet and Violet exploit allows players to get the same shiny Pokémon over and over again if done right.

Pokémon Scarlet and Violet Exploit Easy to Do

YouTuber Austin John Plays showed the shiny Pokémon duplicate exploit. It currently works on version 1.01 of both Pokémon Scarlet and Violet, but it could be patched up in future updates. For now, the bug is ready to be exploited and fairly easy to do too.

Players only need to be near an area that does not need to have a loading screen when they enter it like an open town. First, discover a shiny Pokémon or any other Pokémon they want to duplicate. Catch it first then beeline towards the town. When the name of the town shows on the screen, save the game. DO NOT GO BACK TO THE FIELD ONCE THIS HAPPENS. Close the game afterward.

Load the game and save again. This time, go to the field where the shiny Pokémon was located. It is still there and players will now have another chance to catch it. The previous shiny Pokémon that was caught a while ago is still in storage while there is a new one on the field. The exploit has been successfully done. Repeat if necessary.

The YouTuber who showed the Pokémon Scarlet and Violet exploit speculates that the game would memorize the Pokémon nearby town and by saving it, it would reload that memory again without loading a whole new batch. It is just doing a complete savestate of a previous situation and does not refresh into a new scene instead.

Players who might want to take advantage of this Pokémon Scarlet and Violet exploit might wish to use this to the fullest until the future update will patch this out.

Pokémon Scarlet and Violet are out now exclusively on Nintendo Switch.