Tune in to the official YouTube channel of Pokemon to catch this new trailer! 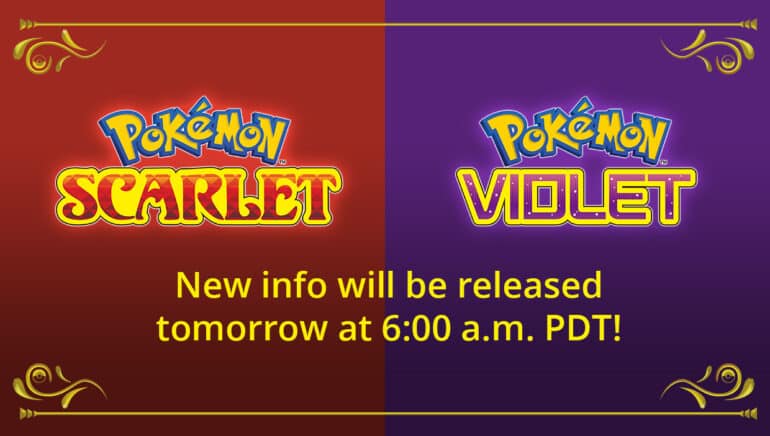 The Pokemon Company has now announced that there will be a new Pokemon Scarlet and Violet trailer.

The official Twitter account of the Pokemon franchise has recently announced the schedule for the upcoming release of a new trailer. Fans are expected to watch the big reveal on their official YouTube channel at 6 AM PDT/9 PM PHT on June 1, 2022.

The account did not share any hints on what kind of content to expect soon, only that it will be a trailer. It is not specified what kind of trailer it will be released, but it could be a story trailer with CGI or more on gameplay. Maybe even a combination of both, which could definitely hype up the large community of Pokemon fans.

Pokemon Scarlet and Violet was first revealed last February 27, 2022 with a teaser of its starter Pokemon. This will introduce the Gen 9 Pokemon with the first three of them, which are Spirigatito, Fuecoco, and Quaxly. Some have speculated that the theme this time will be from the regions of Southern Europe. Also, it will be a mix of both Pokemon Legends Arceus and Pokemon Sword and Shield.

Pokemon Scarlet and Violet will launch on Nintendo Switch.