Here's how to find Colin, the guy obsessed with bacon. 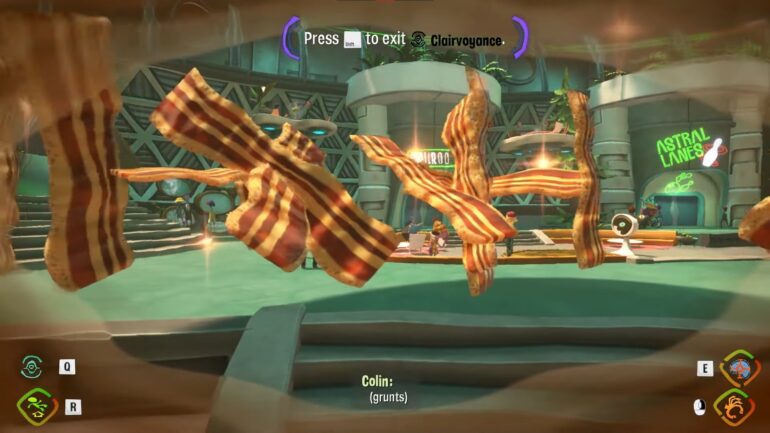 There is this one odd guy in Psychonauts 2 who is usually seated in the background whenever Raz visits the Motherlobe. His name is Colin or usually known as the Bacon Guy due to his unusual… perspective. As weird as this can be, for players who want to know where to find Bacon Guy, this Psychonauts 2 guide will help you.

Where to find the Psychonauts 2 Bacon Guy?

Players can locate this odd Bacon Guy in Psychonauts 2 based on their progression because he changes his positions based on the story. The Bacon Guy can be found in the Motherlobe. You can easily see him by just walking around the Motherlobe until you see the subtitle Colin. The guy with the short red beard and mostly has the Clairvoyance icon over his head is Colin the Bacon Guy.

Bacon Guy is just one of the two individuals who have the Clairvoyance icon over their heads. The other one is actually Colin’s suitor who wants to impress him with the one thing he loves: bacon.

Colin is actually on the move aside from inside the Motherlobe Cafeteria, sitting at one of the tables. He can be seen in the hallways for some reason.

Interacting with Colin is quite an extraordinary experience because it will allow Raz to see what he sees through his eyes. As you guessed it, your screen will mostly be filled with bacon. There is nothing else to do with him though aside from this… odd perspective. Enjoy the view though!