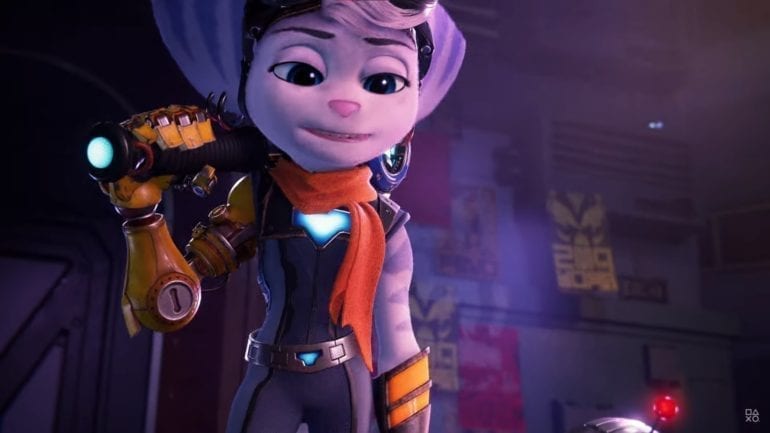 According to Smith, he pitched the game with the female lombax in mind already. He shared how he pitched it with the others and it was similar to the reveal trailer where Clank finds himself alone and calls out to Ratchet but find Rivet instead. Some were worried that since the game is Ratchet and Clank, it was supposed to be focused on the two main characters. He then explained that since they are already tackling with dimensionality, this is just a way to introduce a new character but it is still about the two. It is just making the audience experience a new version of Ratchet.

Rivet has her own dreams, hopes, and goals in mind and just serves the Ratchet role in her own dimension. With them existing in the same adventure allowed Insomniac Games to explore new character relationships from pre-existing ones. It made them create a new story that can introduced to newcomers but still felt true to the franchise.

Through Rivet, newcomers will see through her eyes and get introduced to the franchise, while the fans will still feel the nostalgia since it is based on previous titles. It’s a win-win situation for all.

Ratchet and Clank: Rift Apart will launch on June 11 exclusively for PS5.