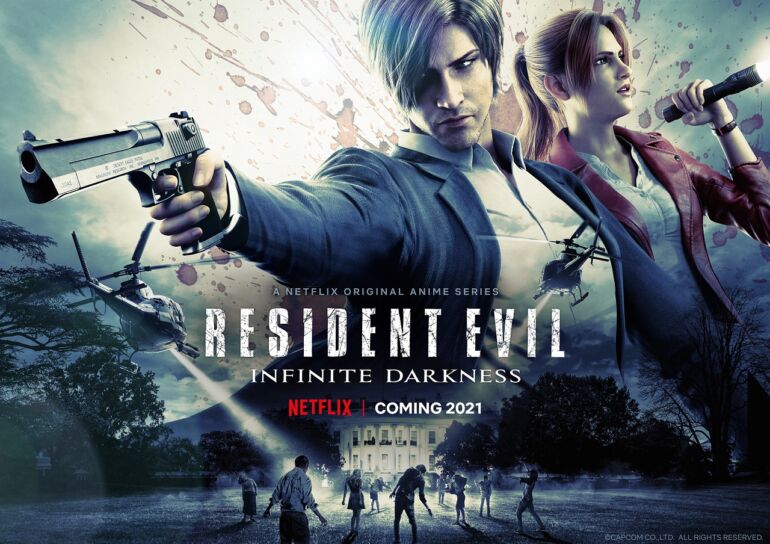 First off, the story will be set in 2006 where Leon S. Kennedy finds out there were traces of improper access to the secret Presidential files in the White House’s Network. He investigates the incident, but when the lights go out, Leon and a group of SWAT members find themselves surrounded by zombies and take them down. TerraSave staff member Claire Redfield encounters a mysterious image drawn by a youth in a country she visited. The image looks to be a victim of a viral infection and she investigates on her own. The next morning, she visits the White House to request a construction and reunites with Leon. She uses the chance to show him the drawing and realize there seems to be some sort of connection between the zombie outbreak at the White house and the strange drawing.

This new anime series will be produced and supervised by CAPCOM’s Hiroyuki Kobayashi. TMS Entertainment is leading production with Quebico, led by Kei Miyamoto, in charge of 3DCG animation.

Resident Evil: Infinite Darkness will be aired sometime within this year on Netflix.