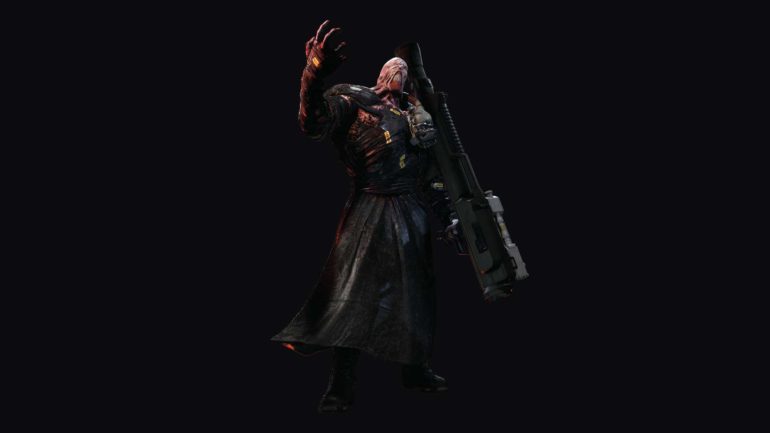 Resident Evil Resistance is an online multiplayer feature of Resident Evil 3 Nemesis and it pits four Survivors against an evil Mastermind with zombies and bioweapons as his or her weapons. Just recently the mode got two new additions to it, which Nicholoai as the new Mastermind and the ever-horrifying and dangerous Nemesis as the Mastermind bioweapon.

Resident Evil 3 director Kiyohiko Sakata talked to PlayStation Blog’s Tim Turi about this version’s Nemesis and how he stands out from the rest of the Mastermind bioweapons.

Sakata revealed that the Resistance version of Nemesis moves at surprisingly fast speed, which can be very dangerous for the Survivors in the multiplayer mode. He can also deal multiple attacks with the use of his tentacles and can roar, which stops the Survivors in their tracks for a set period of time. And that time is just enough to deal a lot of damage and maybe kill them in the process. He also notes that compared to G-Birkin and the Tyrant, Nemesis has more ranged attacks.

The game director shared that on Resident Evil 3, Nemesis takes on different forms, which changes both his appearance and actions. In Resistance, they got the humanoid form and implemented the skills that would be practical in this mode and will also resonate with fans that played the classic and remake version.

The development team chose the tentacle attack, dash, and Rocket Launcher as Nemesis’ attacks in Resistance because they thought these were the ones that would feel most satisfying for players to use when they control him. Of course his abilities and stats are balanced, but it looks overkill with these attacks.

Nemesis, as a Mastermind bioweapon, should be very intimidating to the Survivors at this point with his overwhelming attacks. Hopefully, as the opposite team, the ones controlling them can find ways overcome these devastating attacks.

Resident Evil Resistance is now available on PlayStation 4, Xbox One, and PC via Steam.