Return to Monkey Island Trophy Guide & How to Get Platinum 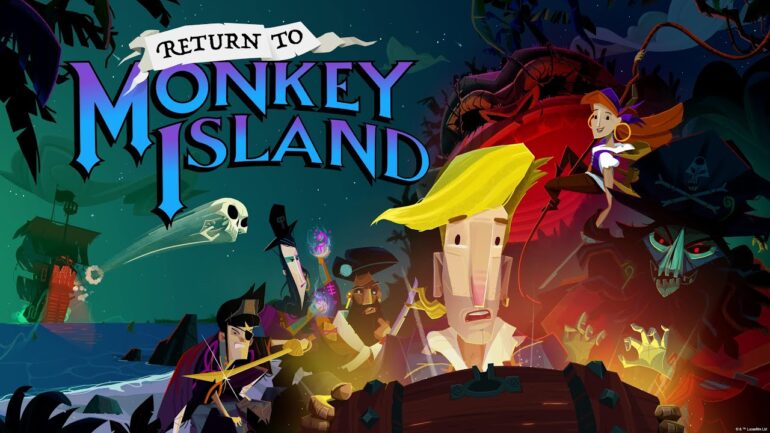 After previously releasing on both Nintendo Switch and PC, Return to Monkey is now set to release on PlayStation consoles real soon. And with that being said, here’s your Trophy Guide to getting the game’s platinum trophy. Guybrush Threepwood can’t call Lucas Arts support for this one, you’re going to have to pirate up and do it yourself.

Here’s the list of trophies you can expect to earn in Return to Monkey Island for the PS5 including how to unlock them.

There are a total of 40 trophies you can obtain during the course of the game. The list consists of:

Many of the trophies in Return to Monkey Island are obtained organically. There are, however, those that are obtained by going above and beyond your duties, particularly your mopping duties. The ones that come to mind are Mop Top, Super Swabbie, and Neat Freak.

As with every Monkey Island game, there are things that can only be accomplished with patience and exploration. Also, answering the right questions.

The Trivia related trophies are going to take some time. Especially if you are asked to answer 100 questions to get the Gold Trophy.

And finally, you may want to do a couple of runs before attempting the Speed Runner trophy. There are a lot of things that could potentially mess up your run. I know the feeling of cutting it close.

And that’s it for this trophy guide. Good luck out there, captains.

Also, check out the launch trailer for Return to Monkey Island courtesy of Devolver Digital.