Rise Of The Tomb Raider – Review 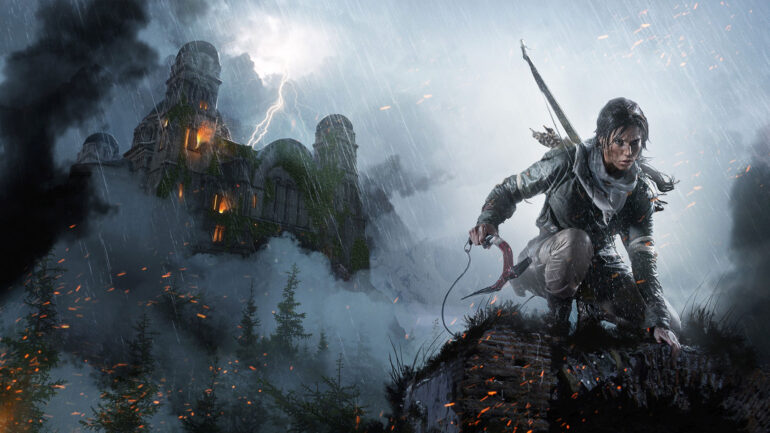 If there’s one thing that perfectly describes Rise of the Tomb Raider in one simple word, it’s ‘Rise’. Crystal Dynamics revved up their potential and raised the stakes higher in Rise of the Tomb Raider. This is a direct sequel to its reboot predecessor, Tomb Raider, which was released in 2013 by the same developers. While the XBOX versions were released at an earlier time due to the game’s timed-exclusive, the PC and PS4 community has to wait for at least months to witness this game in its glory.

The story continues with Lara Croft. From a weakened survivor to a hardened explorer, she unravels a potential discovery that his father sought before his untimely demise: A Lost City claiming to have the secret to immortality. Following his footsteps, she travels to Syria and Siberia looking for answers. As Lara continues on with her journey, she faces a new powerful threat that might use this discovery for an evil purpose. It is a race against time and Lara has to make difficult choices along the way.

With this new threat rises, Lara has to step up her game as well. Gameplay-wise, this third-person adventure game polishes what was missing in its predecessor. The new crafting mechanic introduces a whole new challenge for real-time gameplay. Lara can now collect materials and parts from trees and bird feathers to craft bows and upgrades for her weapons. It offers a whole new gameplay experience. I remembered one time I ran out of arrows while a pack of wolves were chasing at me. I ran out of wood and feathers to craft for a new arrow so I panicked and ran for my life.

Just like in the previous game, Lara can level up and upgrade her skills under 3 branches: Brawler, Hunter and Survivor. Each focuses on a different play style and can give the player an edge in the game.

Stealth has also been revamped and more brutal than ever. Lara can now climb trees, swim and hide in the bushes to stalk her prey and land the killing blow. Her bow has also been upgraded and she can now craft poison, grenade or fire from different materials all over the area. Her other weapons including Pistols, SMG’s, and Shotguns are also present as well. Throughout my journey, I have always preferred the bow because it is deadly and precise. Did I mention she can craft a bomb right out of a walkie-talkie?

Since this is a Tomb Raider game, exploration is key. This game harnesses the power of NVIDIA and offers us a whole new world propelled by graphical wonder. The map is bigger compared to the first game and it is more detailed. The challenges and side-quests around the semi-open world generates more fun along the way. Tomb Raiding is also an essential part of Tomb Raider as it creates puzzles to solve and secrets to unlock. There are over 5 tombs that needed to be raided and it is larger than the first game had. The only thing that concerns ROTTR is its tutorial-packed journey. The game holds Lara’s hand every time she stumbles on a great discovery. It tells her to go there, grab this or shoot this in every quicktime event and it makes the game less challenging. The tutorial can always be turned off but during action set-pieces, it is pretty linear and finding the next ledge to climb is located in the center of the camera. Cons aside, the game fixed its predecessor’s problem of wonky camera controls during action set-pieces and QTE’s are decreased. Now players don’t have to worry on pressing the wrong button when charged by a Siberian Bear.

As mentioned earlier, Crystal Dynamics partnered up with NVIDIA to bring us the most beautiful Tomb Raider game to date. The graphics are what excels in ROTTR. The game makes the player feel like they are watching a movie that they can control. The snow physics creates realistic effects whenever Lara steps on it and NVIDIA’s Pure Hair setting can make her hair sway as the wind blows. Lara’s character model is by far the most beautiful I’ve seen in-game. You can actually witness her shiver in cold areas or dries up her hair whenever she emerges from the water. She is perfectly detailed but the other in-game character models are generic. I swear I encountered 3 similar faces in cutscenes that I’ve killed along the way and I thought, “Hey, you died in that explosion!”. Nevertheless, the game is beautiful.

Sound also added realism in this game. From Lara’s voice actress to the sound of snow and ice, this game immerses the player to stop, look and listen to the Siberian wilderness. In action set-pieces, the game picks up with a music that enthralls the player to run or fight with all of Lara’s might.

I’ve spent 14 hours in-game with a 72% completion rate. I have the urge to retrace my steps and collect all the collectibles found in the game. Players can always continue exploring tombs and collect artifacts to reach that 100% mark. Or they can always start the game again in a higher difficulty.

To sum it all up, Rise of the Tomb Raider raises the bar higher for action-adventure games. It is graphically beautiful and cleverly written to make players feel like they are watching a movie. The gameplay is tweaked and perfected but the linearity and tutorial-packed missions can make the game easier. Nitpicking aside, this might be best action-adventure game since The Last of Us.