A classic returns with bigger enhancements! 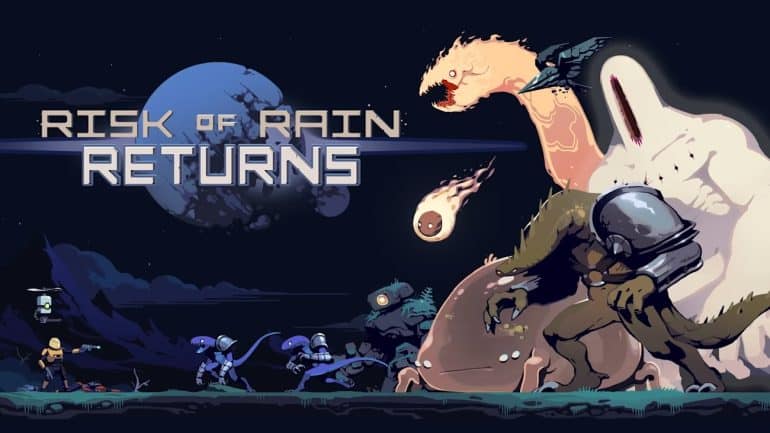 Risk of Rain is now back as Risk of Rain Return, a remake of the classic original. It now has enhanced visuals and a lot of new features and content not previously seen. It is planned for release sometime in 2023 and will be available on Steam and Nintendo Switch. It is now available for Wishlisting on both platforms.

“Risk of Rain Returns takes everything we learned making Risk of Rain 2 and applies it to the original we created back in our dorm room,” said Duncan Drummond, co-founder of Hopoo Games. “As we chart our future as developers, it was important to us that we look back on our early work. Risk of Rain Returns is a small token of our appreciation to this incredible community. We hope everyone is as excited about the future as we are.”

This modern take on the decade-old game has been carefully designed, beautifully remastered, and loaded with new ways to play. No two runs in the iconic roguelike are the same, and that has never been truer than now with enhanced new and familiar Survivors, customizable Survivor abilities, fresh items, deadly monsters, and a game mode.

Risk of Rain Returns implements revamped multiplayer, making it easier than ever to play with friends.

More details will be released at a later time.