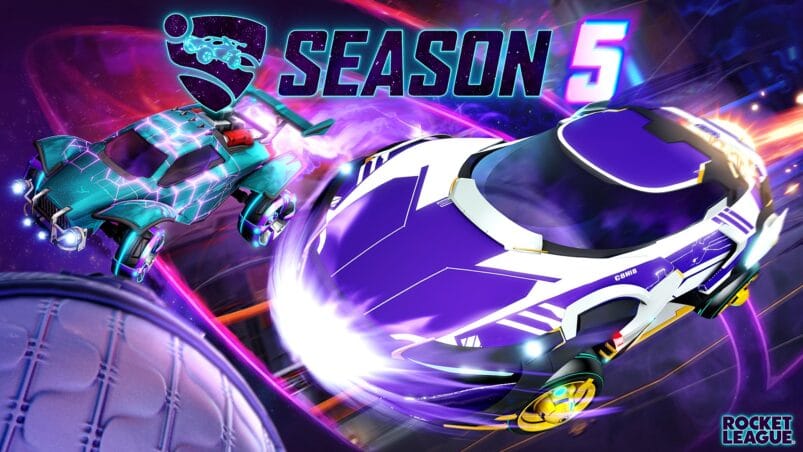 Psyonix shared more details of the upcoming Rocket League Season 5 for all platforms. This upcoming season will send players into space with a new Arena, Rocket Pass, a brand-new Limited-Time Mode (LTM), Competitive Season and its Rewards, and a lot more.

Since Rocket League’s launch in 2015, this new take of soccer with remote-controlled toy cars made its mark in the history of gaming, and it’s also one of the games that adapted cross-platform play during the feature’s early inception.

Without further ado, here are the details of Rocket League Season 5.

The upcoming Rocket League Season 5 will officially begin on November 17, 2021, at 8AM PDT / 11AM EST / 4PM GMT across all platforms, and will eventually end around February of 2022.

With each new season, there will be new rewards for all those who play in Rocket League’s Competitive mode. Players are rewarded with cool brand new wheels and titles by the end of the season.

Here are the rewards for those players who played in Rocket League’s Competitive Season 4:

And here are all the title rewards for Grand Champion and Supersonic Legend players:

The latest Rocket League arena addition in Season 5 is the Starbase Arc (Aftermath). The new arena shows the conclusion of the battle that made Starbase Arc into a new, dark soccer pitch.