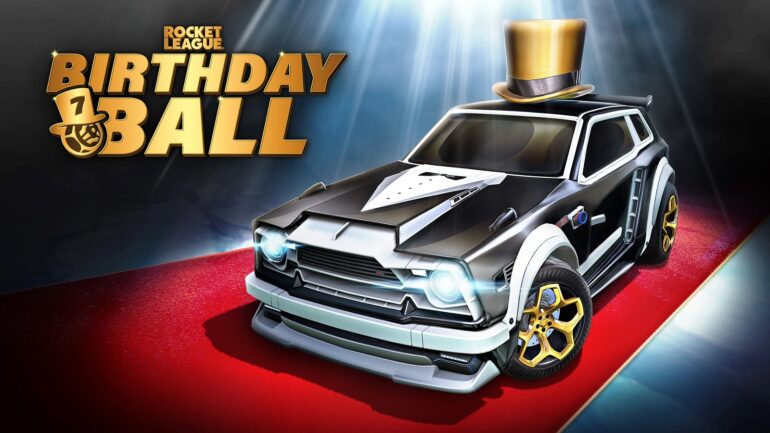 With Rocket League turning seven, Psyonix is now celebrating with a new event called Birthday Ball. To start, the celebrations begin with the game mode called Heatseeker, which is a crowd-favorite mode where the ball lands on the opponent’s goal. After a week, it will switch to Knockout on July 13, 2022. Players will be using the unique Attack, Block, and Grab mechanics to blast enemies out of the Arena in an eight-player free-for-all match.

Players can take on the Birthday Ball Challenges to earn rewards throughout the events. By winning, they can unlock the Golden Goat Player Banner and Precious Metal Avatar Border. They can also earn 300 credits along the way.

There is a new decal to acquire for only 100 credits called the Fancy Formal Fennec Decal. It is inspired by the previous Octane and Dominus tux Decals. To complete the black and white outfit, they can get the highly sought-after Titanium White Fennec.