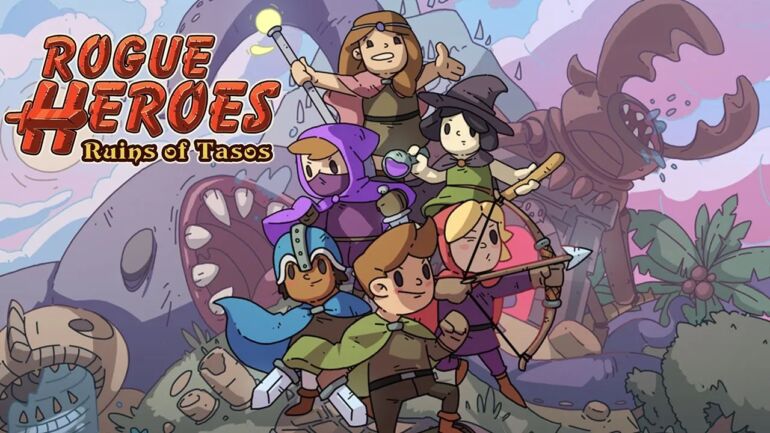 The playable demo can be downloaded on the Nintendo eShop for the Switch console. This was released ahead of the launch of the full game on console and PC this coming February 23. It is set in the world of Tasos where it is under the threat from the menace of conquering Titans. The demo introduces players to the mystical overworld and the first of the game’s puzzle-filled, procedurally-generated dungeons.

The players can play the demo on their own or play with other heroes in local co-op multiplayer. They can then take up their journey later in full game online for four players.

Pre-orders have also started today for Nintendo Switch. Getting it early will add the strategic option of the Bomber class together with exclusive weapons skins and furniture. They can use that then in-game later on.

Beyond the challenge of the dungeons, Rogue Heroes: Ruins of Tasos features the titular overworld of Tasos, which is filled with its own many secrets, as well as the village of Intori. The settlement can be rebuilt, expanded, and developed throughout the course of the game, which will help the player in their quest, like a Blacksmith that improves the sword, a Clinic that bolsters health, and much more. Heroes can also prepare for the challenges that lay ahead by unlocking and honing new abilities through the game’s skill tree and its variety of character customization options.