Riot Games will publish a novel based on the popular video game League of Legends and set in the fictional world of Runeterra. 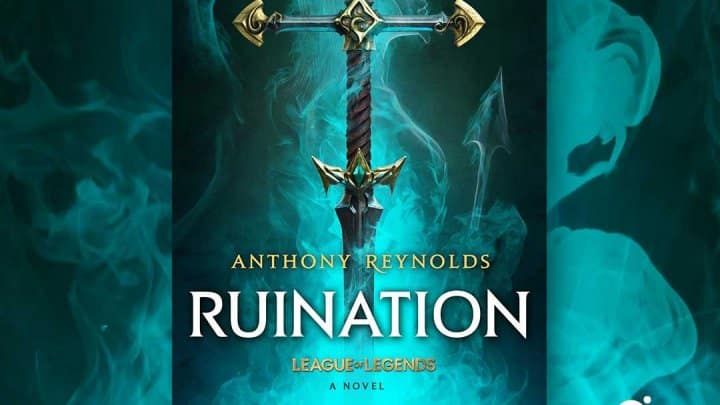 With the signing of a major licensing agreement with Riot Games, top video game developer and publisher best known for League of Legends, Orbit and Riot Games have collaborated to produce the first ever novel set in the League of Legends universe.

What is the story of Ruination – League of Legends?

Ruination, a novel written by Anthony Reynolds, Principal Writer at Riot Games, tells the story of Kalista, a military general under King Viego, as she searches for a legendary realm that may have access to ancient magic. The only way to cure the poisoned Queen Isolde—in order to save the life of the queen.

Ruination will be published in September 2022 in English by Orbit teams in the United States and the United Kingdom, in print, digital, and audio formats.

Will Ruination – League of Legends Novel be Available Internationally?

Ruination – the League of Legends Novel, will be distributed internationally. It is also scheduled to be translated into all major worldwide languages, with publication dates for each language to be announced in the coming months.

In the words of Ashley Maidy, Riot Games’ Head of Consumer Products, “Stories play such an important role in exploring our world and champions in deep and meaningful ways.” “This is a foundational story for Runeterra, and will shed new light on the events that shape some of its most pivotal characters,” says the author. The fact that Orbit will be bringing this to life to the game’s followers is something we are very excited about.

“We are thrilled to be publishing the first novel set in the League of Legends universe,” stated Tim Holman, Senior Vice President and Publisher of Orbit US, of the agreement. “Our goal is to publish stories that will excite not just the millions of League of Legends players but anyone who loves epic adventures set in fantastical worlds. Working with the Rioters has been an amazing experience, and I believe that together we can build a phenomenal publishing program.”

“League of Legends has taken the world by storm, and we’re so excited to be working with the highly innovative team behind this global sensation,” said Anna Jackson, Orbit UK Publisher. “The universe they’ve created is so rich with detail, and we can’t wait to help bring it to life in new ways.”

“I’ve been playing League of Legends for more than ten years, and I’m beyond thrilled to be able to join Riot in publishing their first novel set within the League universe,” said Bradley Englert, acquiring editor at Orbit US. “The characters are unforgettable, and the depth of the world is immense. As an epic fantasy editor, it’s an absolute pleasure to be working with a team like Riot who have a real passion for telling remarkable stories.”