Runbow Review – So Hard And Challenging To Play Yet So Good

Looking for a chill video game that also makes you cringe in anger but have fun at the same time? All of those factors come in together with this awesome 2D platform racing video game Runbow. Here are some details you should know before diving in.

Runbow has groovy colors yet simple in design

I like games that have a simple design yet draws you in and impresses you with the same said design. That’s how Runbow impressed me: simple visuals yet it has these crazy colors that keep you entertained. You see, these colors are a part of the game’s gameplay mechanic, which makes you depend on them when crossing certain areas. If the color presented has the same color as the floating platform, that same platform disappears and you are forced to move to another one in order to survive. Anyways, I love the funky designs of the sprites as well.

I dare say: everything in this game is so good and compliments so well for a simple 2D video game. The BGM in this game does not punish you in any way unlike any other super ridiculously hard platformers out there. This game soothes your pain of losing a round by just giving you some simple beats. Nothing super upbeat or some doomy, just regular, light-hearted music. And it is so appropriate because this game’s gameplay punishes you hard.

Music: 9/10 Coz it’s lighthearted and chill

The story is almost not present in this game so I’ll skip that lol.

2D Platformer that punishes you. HARD.

Some might say that I love super hard video games too much. I say nah, I just love the challenge and how it entices me to finish the damn level to get satisfied. Runbow does that to you in a very annoying yet fun way… well, however you translate it anyways… It damn taunts you if you die. Every time your character gets killed because of a mishap or you didn’t move fast enough, the game taunts you with phrases like “Wow, I thought you were better at this” or “The finish line is just over there” and many more. It’s classic, it’s annoying, it’s funny, and it works. It just draws you in to play more until you finish what you started. Or you get frustrated and throw the damn controller.

Another awesome feature of its gameplay is the different kinds of challenges it has to offer. Sure, it lets you race to the end, but not without some challenges along the way like pitfalls, tree climbing, waterfall climbing, river crossing, fireball evading, beating up some mobs, and so much more. It does not bore you, which is a very big plus for me. And the best part? Multiplayer gameplay with your friends that has friendly fire, leave them behind to be ahead, sabotage their run and more. It’s loads of fun and the Nintendo Switch just amps that up to a higher level. I LOVE IT.

Gameplay: 10/10 Because I had tons of fun with my sister

Runbow has several game modes that give you different types of challenges. Some are cooperative(?) for 2 or more players, some fight against each other, another one is a mega boss battle, and the regular one that lets you unlock tons of stages packed with challenges. And if you are worried that you die a lot, don’t be because that can be rewarded as well with trophies and character unlocks. It is a pretty rewarding game even though your character can die constantly. It also lets you beat your best time to earn that sweet, sweet top spot on rankings and best time. So yeah, tons of stuff to do even after getting to the last boss.

Replayability: 9/10 Coz a lot of stuff to do and just good to play from time to time

Runbow is an annoying, and frustrating game to play yet fun, exciting, and draws you in to do better. It’s great to play with more players and challenge them to do the highest score and be on top. Good for playing together with friends and family in get-togethers or in gatherings. 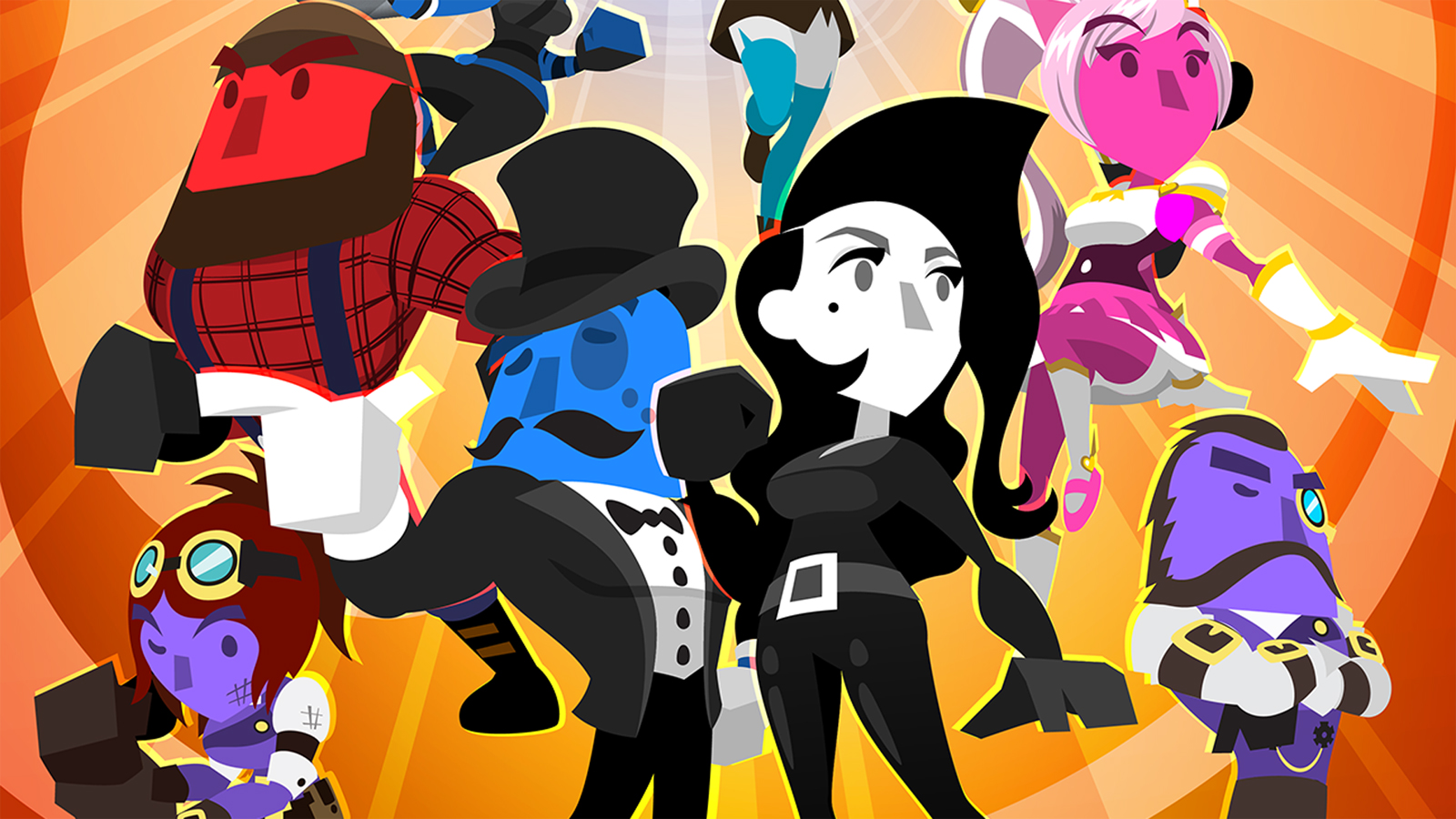