Russia Looking Into Legalizing Pirating Software in Lieu of Sanctions

Software piracy might become the norm in Russia for the following years... 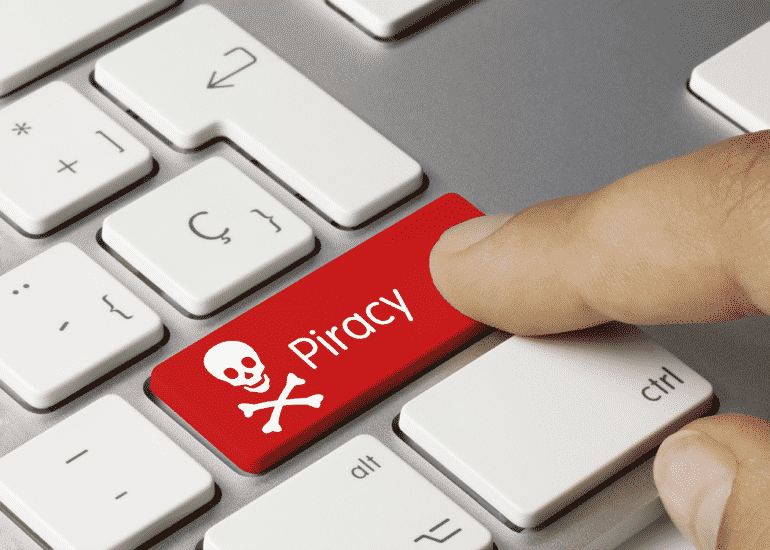 Russia is looking into legalizing pirating software as sanctions cause tech and gaming companies to pull out of the country.

Russia has been taking many losses out of any other nations in the recent events. Their invasion of Ukraine and multiple war crimes have earned them the world’s attention with many countries filing sanctions that are now putting the Russian people on panic. Many have been seen to be rushing through McDonalds as the fast food chain brand is beginning to pull out of the country. Even more than that, popular soft drinks like Coca Cola and Pepsi have joined McDonalds in the exodus.

Food companies aren’t the only ones pulling out of Russia. Major tech and gaming companies have also announced that they are suspending their services in the country following the outrage of Putin’s war with Ukraine.

Here is a list of tech and gaming companies suspending operations in Russia:

This is essentially a massive boycott of Russia over the war with Ukraine. In response to this, Russian officials have come together and have started looking for ways to ease their citizens of the massive pullout from major tech companies.

According to a report from TorrentFreak, Russian’s Ministry of Economic Development did propose a law called “Priority Action Plan for Ensuring the Development of the Russian Economy in the Conditions of External Sanctions Pressure” which could potentially be put in place in the coming weeks.

While it’s a mouthful, the law does aim to affect any copyright, patent, and trademarks that go against Russia’s interest if it is officially implemented. An interesting item from 6.7.3 specifically deals with foreign countries revoking their services to Russia.

Cancellation of liability for the use of software (SW) unlicensed in the Russian Federation, owned by a copyright holder from countries that have supported the sanctions

Priority Action Plan for Ensuring the Development of the Russian Economy in the Conditions of External Sanctions Pressure – 6.7.3

The proposed law covers both civil and criminal liabilities (Code of Administrative Offenses and the Criminal Code of the Russian Federation) and indicates that as long as the sanctions against Russia are in place, use of pirated software with no official Russian alternatives are fair game.

The potential law doesn’t really deal with the issue people could have when they try to access the cloud but it’s clear that the new law would serve to lessen Russian dependency on foreign company software and products. Should this law ever come to pass, software piracy will most likely be the norm for Russia with Putin showing no signs of slowing down his invasion of Ukraine. Even if he stops the war immediately the sanctions will most likely still be in place until reparations are made.

This new law, if implemented, could allow Russian citizens to pirate video games from around the world without facing any consequence. However this may not be its primary purpose as it could be doubtful that Russian officials would care about the enjoyment of gaming. This is most likely there to help struggling Russian businesses who depend on companies like Microsoft to run operations.

No Liability for IP Offenses

In the Priority Action Plan for Ensuring the Development of the Russian Economy in the Conditions of External Sanctions Pressure proposed by the Ministry of Economic Development of Russia did go further.

According to 6.7.1 the potential law also includes giving the Russian government any “rights to an invention, utility model, industrial design in relation to computer programs, databases, topologies of integrated circuits.” What this effectively means is that the Russian government can take any IP that belongs to you and effectively claim ownership. You no longer hold any rights to your own creations.

As for foreign IP that the Russian people depend on, Russia seems to be planning to take alternative methods beyond the official source to procure these products for the country. This is done without any permission from the intellectual property owner. Since Russia would have to illegally import many products without official authorization, the proposed law would find a way around this by decriminalizing the breach of trademarks and copyrights.

Russian State Duma Deputy, Dmitry Ionin, made a public suggestion to lift RuTracker in lieu of Western companies that refuse to release new movies in Russia. As reported by Gazeta.ru that the Ionin believes that RuTracker will allow Russian citizens to watch the latest Hollywood films.

Russia has been permanently banned RuTracker by local internet service providers due to multiple copyright infringement violations. This proposal could see the revival of the torrent website for the use of Russian denizens. Though that doesn’t seem to be in place yet as the site’s domain are still blocked at the time of this writing.