An Overview on how Crossplay, Cross-Platform, Co-op, and Multiplayer works in Saints Row 2022. 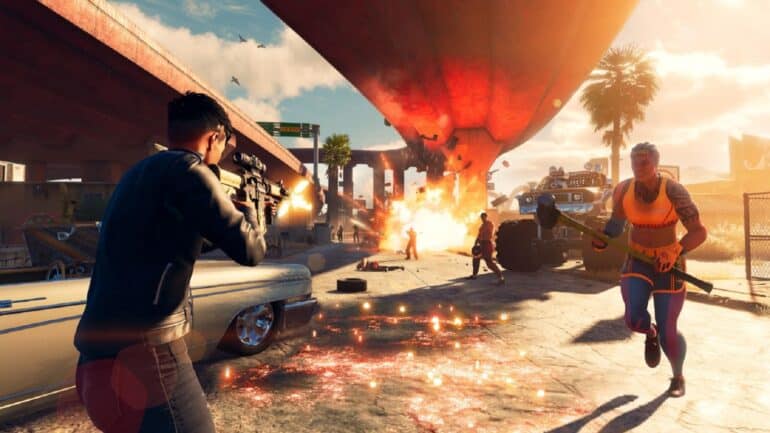 Saints Row Reboot is a few weeks away, and players are wondering if there are going to be any Crossplay and Co-op features available, and besides, having a friend to play with can substantially improve the gaming experience without a doubt. As such, this guide will give you a rundown on how Saints Row Crossplay and Multiplayer works, so read on.

No, Saints Row 2022 does not feature Cross-Platform Play. However, it does have Cross-Gen Support, which means that Players on the PS4 can play with those on the PS5, and those on Xbox One can team up with those on Xbox Series X|S, but there is no method for Xbox and PlayStation users play together. The same goes for PC players playing with either console brands (not confirmed yet).

Yes, Saints Row 2022 will, much like its predecessors in the series, include a drop-in/drop-out co-op online multiplayer feature, letting you and a friend team up and take on the streets of Santo Ileso together.

The entire campaign may be experienced in co-op play, and you’ll even have a prank meter at your disposal to transform your friend into a mailbox or anything else completely inanimate.

How Does Co-op Work in Saints Row?

Players during Co-op will have fewer restrictions when completing missions and exploring Saint’s Row’s open world. That’s because the game’s co-op is Untethered, allowing the host or joining player to play independently if they choose to.

Your progress in co-op is won’t be wasted since any achievements or levels earned will carry over to your own sessions. Remember that when one player initiates a mission, the other will be teleported to them so that they can complete the mission together.

However, players really shouldn’t worry if they play a mission that is beyond their current progress in someone else’s save, as the game will not make them redo it. That means you won’t have to rerun a mission since you’ve already completed it once, regardless if it’s yours or another player’s save. This way, you won’t have to worry about wasting time or risking the progress of your Boss character by joining another player’s game.

That’s everything you need to know about Saints Row Crossplay and Multiplayer. To stay up to date on our newest Saints Row news, guides and features, check out our other Saints Row articles here.

Also check out this video by RetroKrystal giving us a first look at Radio Stations + Music in Saints Row EARLY ACCESS: