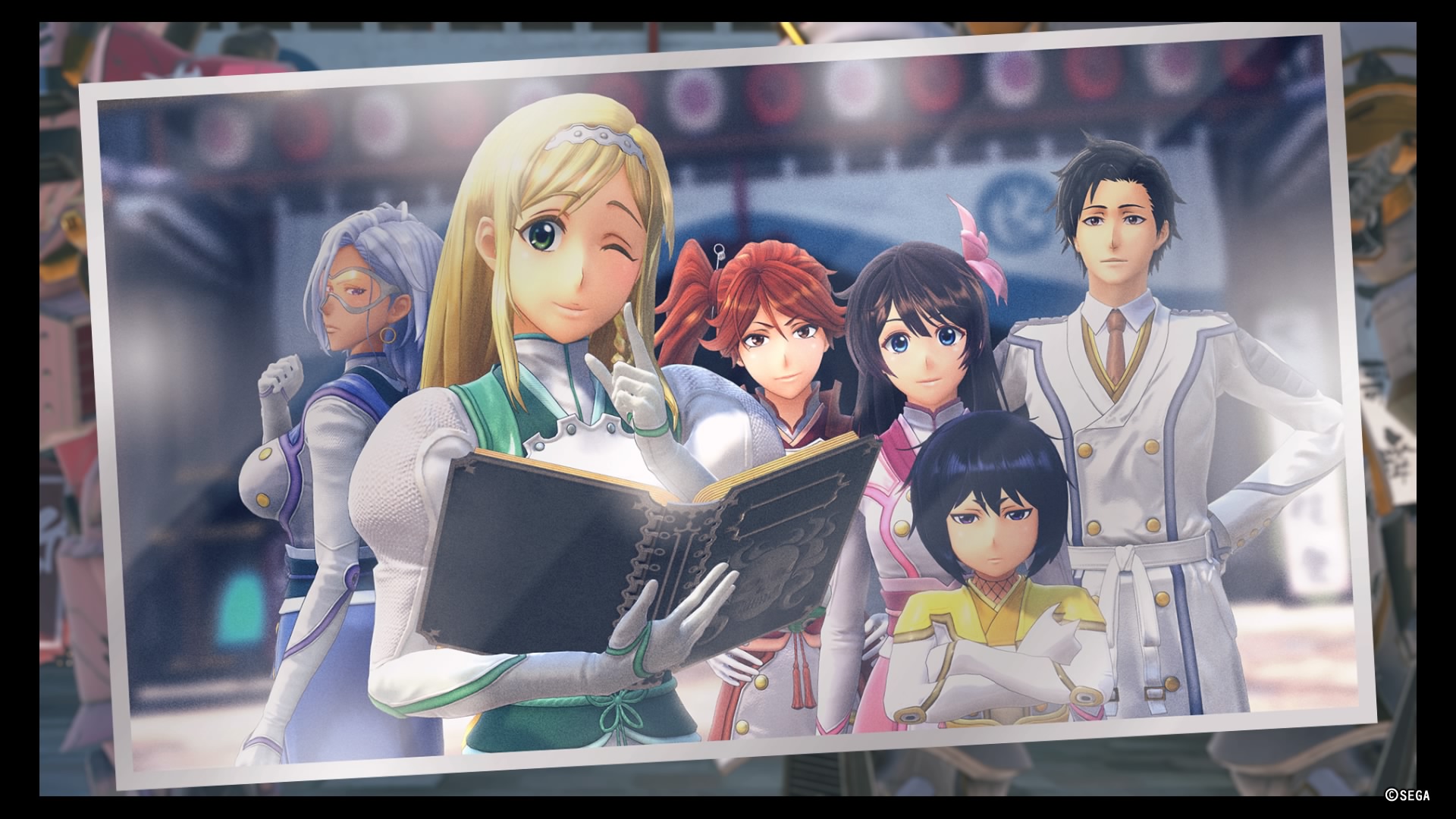 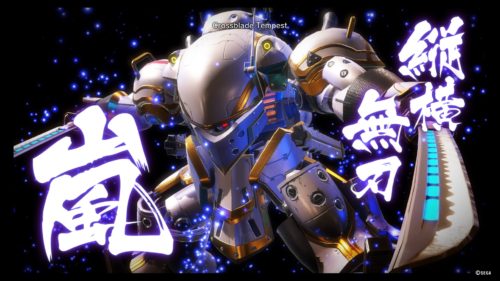 In order for a plot to be interesting, there often needs to be compelling motivation for the main characters to do something the audience can root for. The problem I had with Sakura Wars, was that I was largely unmotivated to do much of anything. The plot in this game sort of just…exists. And it’s left entirely up to the characters alone to carry the whole game.

Which pretty much brings the whole point of Sakura Wars into inspection, it’s really a dating sim in disguise. Everything else is just a minigame in comparison. Even the advertised combat is underwhelming at best. It really takes a specific type of person to enjoy this game to its fullest. And it’s clear that there’s a target demographic aimed towards fans of Japanese animation.

I want to make it clear that I’m a newcomer to the Sakura War franchise. And as such, I risk offending older fans of the game. But I feel as though that this installment might not be the best to reign in new fans. Despite its amazing visuals and strong personality, it can leave a lot to be desired. At the same time, Sakura Wars definitely has its own quirks and a bright, colorful casts that makes me want to forgive it.

So how does it do overall? Let’s examine what it’s got and find out.

Which is actually a glorified way of describing him. In truth, there is no actual management. Sakura Wars does not have any actual currency to earn. As such, you can’t exactly buy equipment, upgrades, or items. The story carries you there without any micromanagement on your part. Which is disappointing. There’s nothing to grind for or earn. The real management of this game comes from its dating sim minigame, which increases team functionality on the field based on how much the girls like you.

So your true objective in Sakura Wars, is to be a player. You are given limited time to select an option on a limited dialogue box. The responses you make can range from overly dramatic, hallmark cheesy, to comedic shenanigans. This is actually a big flaw when it comes to Kamiyama, the main protagonist. Because his only character comes from him being responsive, he is more of a reactionary force than his own person. It’s impossible to be attached to him and comes off as rather forgettable. He looks cool, sure. But he’s painfully over-the-top at many times.

Thankfully, the girls under his management are much more lively.

I’d like to say that there are some exclusivity and uniqueness into romancing each of them, unfortunately, there isn’t. You are encouraged by the game’s mechanics to romance all of them. That is if you don’t want any disadvantages when it comes to actually engage in mech fights. And there is no downside or consequences for Kamiyama to play the field.

The girls are all colorful and have their own distinct individual personalities. Although to other players, they can come off as largely predictable by nature. Unfortunately, I found some of them to be forgettable than most. And the dialogue you have with them is painfully cheesy.

There’s this minigame where you do get to spend some special 1-on-1 time with them. This is exemplified when you see a heart on the door to their rooms. Once you start the event, you look around the place for something to talk about or do something perverted like look at their boobs, which they will then react to. Unfortunately, the exchange during this tête-à-tête is just the generic harem anime nonsense that I felt like I would’ve enjoyed more had I been 14 years old.

There are some girls that are more memorable than most. But if you’ve seen any typical harem anime before, you’ve seen all of them.

Throughout your time in exploring your home base, you can also collect bromides of them. I’d like to say “explore” but really you don’t do much in the open areas except for talking to people. This brings me to another problem with Sakura Wars, when you’re parading around your home base or the more open sections there’s nothing to do but talk to people. This initially reminded me of Persona 5, and I was giddy with excitement when I first took control. But if anything, Sakura Wars taught me that the ability to talk to people in maps around Tokyo just isn’t enough to keep me from getting bored.

Sakura Wars doesn’t really have a lot of mechanics that compliment each other well. For example, during combat, you do have the ability to dodge. Which implies careful vigilance on enemy movements. Despite this, I never actually used it for much of anything other than getting out of being surrounded. And the dash button already does a better job of that. There is some incentive in dodging, as it gives you an advantage should you time it perfectly. The problem I had with the dodge mechanic is that the visuals would often get in the way. Special effects that come with attacking get in the way of the screen far too much for me to be able to pay attention to anything short of an explosion.

The combat in Sakura Wars just consists of pressing circle until you press triangle. The combo each character you can control is initially subject to experiment. But after five minutes playing as them, you’ve already seen everything. Switching it up a bit in combat and trying new tactics is a foreign concept in this game. This makes every fight feel utterly repetitive.

Its one saving grace, is the super move you do when your spirit meter fills up. Your character enters a short cutscene then proceeds to unleash hell on the battlefield. You gain spirit meter by defeating demons on the field.

On the battlefield, you’re able to control up to two characters only. Don’t be fooled by the six ensemble above, this isn’t so much as team work as it is a partner system–with your partner usually dictated by the narrative at the time. There are rare times when you’re fighting beside more than one person, but you can’t switch or take control of them and they disappear somewhere else as quickly as they came in.

The problem with Sakura Wars is that it is largely predictable from a mile away and doesn’t quite do anything to motivate the player into getting invested in its mechanics. Relying an awful lot on the cast to carry the interest of the player. Perhaps an older fan might appreciate what Sakura Wars has to offer, but I can’t help but feel that it has a lot of wasted potentials.

There is also another problem with its voice acting. Not to say that it isn’t excellent. But if you’re not the type to want to read subtitles all the time, then this game unfortunately does not offer English dialogues. Despite its wonderful and emotive Japanese voice acting, the scenes can often take you out as one moment it is fully voice acted, and another it’s just characters making an expression while you’re reading lines of text.

For all its faults, I can’t help but enjoy the game. I like what Sakura Wars has to offer, but I don’t find it all too memorable. I loved interacting with the girls in the game, but they never were interesting to me or offer any decent story I could get invested in. It comes off as plain mediocre despite coming off as stylish.

If you’re a big fan of harem anime, even for all its wacky faults, then Sakura Wars is for you. But for anyone else, you might find yourself out of your element and rolling your eyes at every cheesy dialogue.

Sakura Wars – Review
Score Definition
You better have to choose if it’s worth spending your spare cash, because it might not be the game for you and it might be for others.
Pros
Lovable Cast
Amazing Graphics
Multiple Endings
Emotive Expressions
Cons
Dull Story
Cheesy Dialogue
Generic Combat
Boring and Generic Protagonist
6
Justified